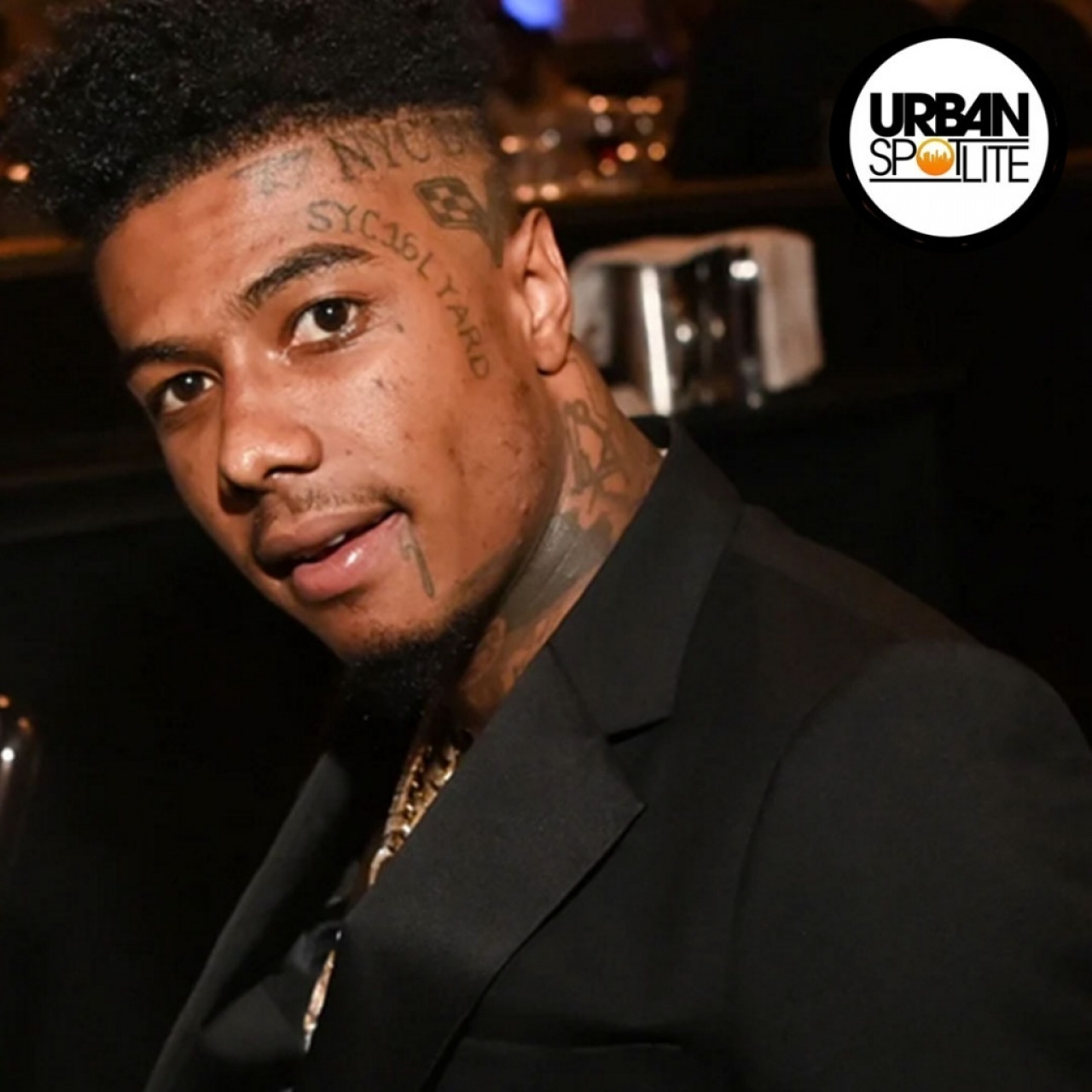 THESE TWO LOOK LIKE THEY ABOUT TO POP OFF!

Over and over Blueface shows he's about that life. One thing I've realized about living on the West Coast is it is a prison state with gang culture who are seriously about that life. If a man is enrolled in a gang, he had to be inititated. Enter Blueface. A guy who didn't set out to become the best rapper but set a goal to kill music with a hit single. He recently said he fell out of music and has been concentrating on his Only Fans page and reality show deals which seem to be pretty lucrative.

Now Blueface and DJ Akademiks have been going back and forth with one another on social media, and things have definitely through Twitter recently. Akademiks said Blueface's home is in foreclosure. (We do not know this for sure.) Blueface is saying Akademiks was referring to his second home. He called the house was labeled a “nuisance” because the cops always came over there. Blueface then challenged Akademiks to a fight, saying, “Bet not turn the fade down after you said all that for lil baby your next response better be yo best caught you Ina mouse trap now.”   “Crazy n***as pick [and] choose who they wanna be tough with who wanna squabble up tho?" Akademiks then responded by saying, “Fight the 10 n***as who piped ya girl out + the girl who keep beating ur a**, and IM 100% DOWN.” “I got $5 K per n***a who f**ked BLUEFACE girl who down to get on my twitch stream breaking it down how it happened. F**k maury. BIG AK finna do a paternity test for that broke a** n***a BLUEFACE. I’m pledging $50k for this effort. WHO GOT BLUEFACE girl pregnant.”

I don't really like to label these two as just plain "toxic" but just true young and "Crazy in love." We ALL have had a real crazy relationship in our life before. I feel their environment raised them to be extremely emotional, and has conditioned them both to know nothing else but to move like people who worry about their reputation more than anything. During a recent podcast Chrisean was acting out and just wasn't feeling good and announced she was either on her period or was pregnant. Chrisean went on Twitter to say she was really pregnant and Blue responded by saying

“she’s pregnant with somebody else’s child.” “To answer y’all questions yes me an rock are officially done it’s strictly business I tried it an clearly it wasn’t giving before she announces she’s pregnant with somebody else’s child not mine,” he wrote. In another tweet, Blueface added, “Rock has had encounters with 10 different men in the last year until I see DNA test then it’s not mine.” “Alcohol isn’t her problem her mentality is her problem all you people on here making excuses for a lack of self control an irrational behavior is contributing to the problem,” Blue wrote. “When she displays this type of irrational behavior on baddies or blue girls club you guys applaud an cheer but when it’s a different setting an it doesn’t look as good you guys want it to be everybody else fault this is how she carry herself with or without me.” We will see what happens.