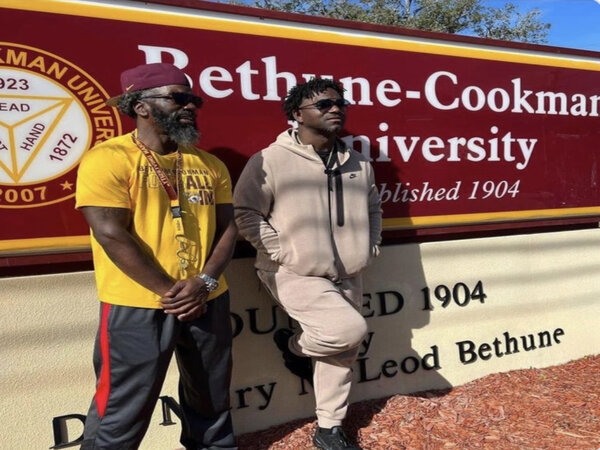 The fallout from Bethune-Cookman opting not to ratify Ed Reed’s contract continues. From protest on campus, to petitions from players who believe the Pro Football Hall of Famer was given a raw deal. The decision to not continue with Reed as the struggling program’s head football coach could have even bigger ramifications than believed. Per, Edgerrin James, a former teammate and good friend of Reed during their playing days at Miami, Reed had some heavy hitters lined up to help the program monetarily.

After Reed’s announcement that he and the HBCU were not moving forward with their original agreement, James took to Instagram to say this.

“Sometimes, we’re our own worst enemy,” he wrote. “I Hate for those kids not getting chane to witness ‘What makes the great, GREAT’…. Your Vision and the outside support was about to have a greater impact than most realized …. But (shout out to @shaq and those other Billionaires you had ready to invest in your vision and build new facilities at Cookman.”

That’s a huge development that not many knew was in the works when Bethune-Cookman opted to not move forward with Reed.

How Did We Get Here? Reed’s Deal Not Ratified

With HBCUs it’s always about lack of funding and resources, and from the sound of it that opportunity just went out the window.

Was Reed’s video where he badmouthed how HBCUs operate and handle business the correct way to go about things? No, and the former All-Pro apologized for his remarks which should’ve never been attached to a social media platform.

But why did the school decide to not ratify his contract the weekend of 26 would-be recruits on campus to possibly make a decision to attend the Daytona Beach, Florida

It’s a shame how things are done and viewed at many of the HBCUs, and this type of unnecessary drama does nothing to dispel the notion or stigma that’s become attached to these programs.

One source had this to say on the matter ….

“It’s unfortunate, because I think Ed Reed had the best intentions for the school and football program. But, when you proceed to go on an expletive filled rant, while also destroying the facilities in the process, that did not sit well with leaders”

What’s Next For Bethune-Cookman?

This is a bad look for both parties involved, and it stems moreso from an overall standpoint, than just football. No one wins in this situation, but Reed isn’t in a position where he needed that job, in fact the school needed Reed much more.

One can go only wonder if Reed would’ve made a huge difference on the field, but he couldn’t have done any worse than former coach Terry Sims who went 4-18 in his two seasons. The move to the SWAC in 2021 hasn’t been kind to the Wildcats thus far either, but someone like Reed with NFL cache and connects the chances seem greater with him than without him.

But since that will never come to fruition, the football program is once again searching for a leader.