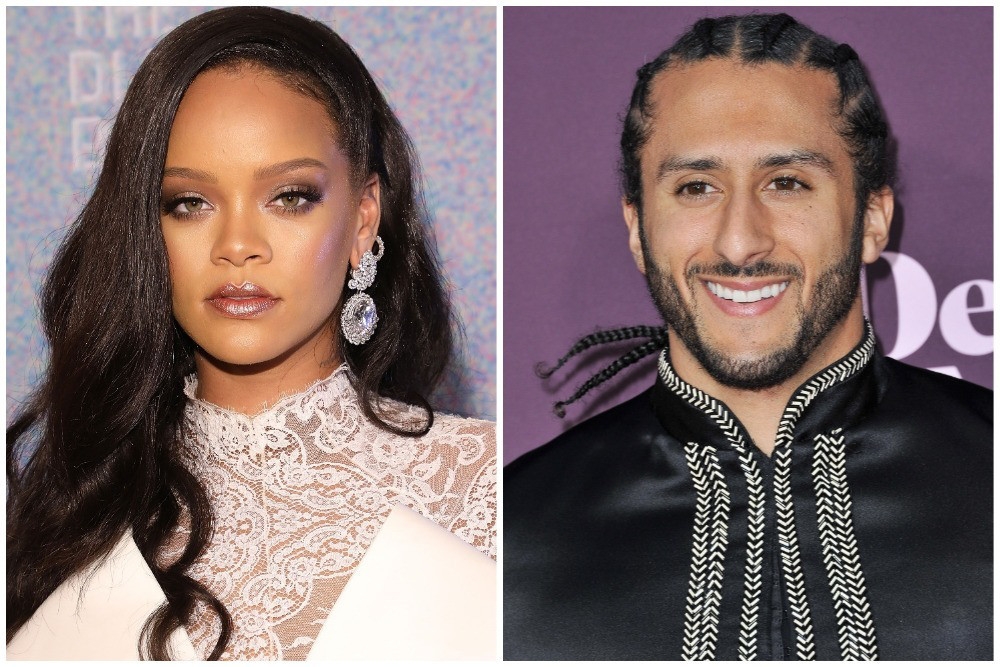 Colin Kaepernick has been blackballed from the NFL ever since he sparked controversy by kneeling for the national anthem in protest of police brutality and social injustice, particularly towards people of color in America. He's since been vindicated as a hero, winning several prestigious humanitaria and activist awards and securing a mega deal with Nike for his bravery.

However, Kapernick is still unemployed despite being capable and qualified to play. He's currently suing the NFL for collusion, keeping him out of the game and withholding money-earning opportunities from him as punishment for his social activism.

Superstar songstress Rihanna turned down an offer to perform in this year's Super Bowl to stand in solidarity with Kaepernick. It was a bold move by an international icon who is well aware of the mutually beneficial enterprise for stars and the NFL.

After Rihanna said no to the half time super bowl show in solidarity with ⁦@Kaepernick7⁩’s protest over police violence against unarmed black people, it seems others are following suit.#TakeAKnee #ImWithKap #ImWithReid https://t.co/d7oq0rkyb5


Rap Queen Cardi B also turned down an offer to perform with Maroon 5 at halftime of the February 3rd Football Extravaganza in Atlanta.

Woah! First #Rihanna says “no”, then #AmySchumer says she won’t do any #SuperBowl ads, now #cardiB who was set to perform at the halftime show with #Maroon5 is making her own “demands”.
What do you think about this? pic.twitter.com/G97pQFEvFj

Beyonce's 2013 Super Bowl appearance helped propel her to greater fame and exposed her to an even wider audience. Rihanna and Cardi -- who previously announced at an awards show that she "stands with Kapernick" -- followed the lead of sports superstars and put her fame second to doign what's morally and scoialluy right.