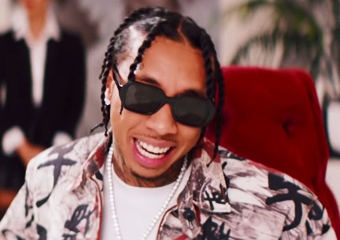 TYGA SUED BY COMPANY WHO REPO'D HIS FERRARI & ROLLS-ROYCE

Tyga is being sued by a rental company over allegedly neglecting to pay for a pair of luxury vehicles, to the tune of $128,000 in damages. Midway Rent-A-Car filed claims in which they've accused Tyga of neglect over a 2012 Ferrari 458 Spider and a 2012 Rolls-Royce Ghost back that were both rented in 2016. Midway contends that Tyga was a cordial customer like any other until the payments stopped coming in, all in the final months of their contractual agreement. Midway claims Tyga stopped responding to their notices, so they were forced to repo both vehicles, ahead of schedule. Tyga owes $44,000 on the sportier 458 Spider, and another $84,000 on the Ghosty. This isn't the first time the Tyga has found himself over disputed transactions. Sounds like a lot of numbers to us.