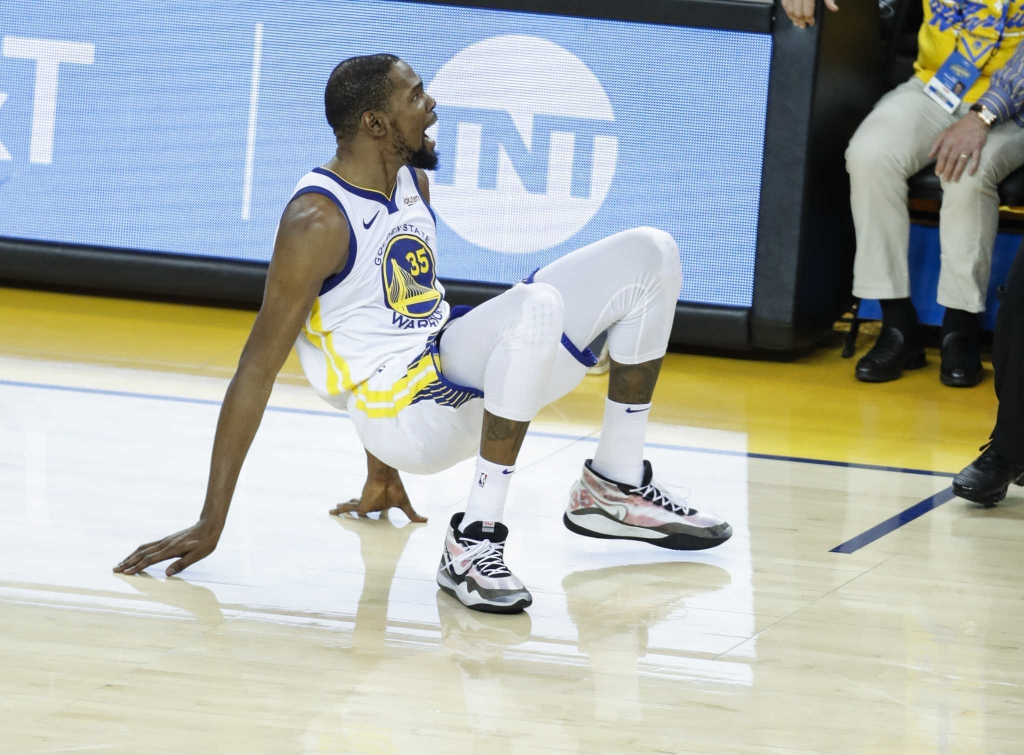 KEVIN DURANT INJURY COULD FORCE HIM OUT PLAYOFFS

Bad news for Golden State Warriors fans looking for a three-peat. Kevin Durant suffered a calf injury late in the third quarter of Wednesday night’s NBA playoff game against the Houston Rockets. Durant attempted a jump shot and landed awkwardly. He immediately grabbed for his back leg.

The good news is that Golden State is up 3-2 in the series and they have more than enough firepower without Durant to defeat the Rockets.

The Splash Brothers combined for 52 points in Game 6.

Without Durant, Steph and Klay will get a chance to get their shit off a bit.