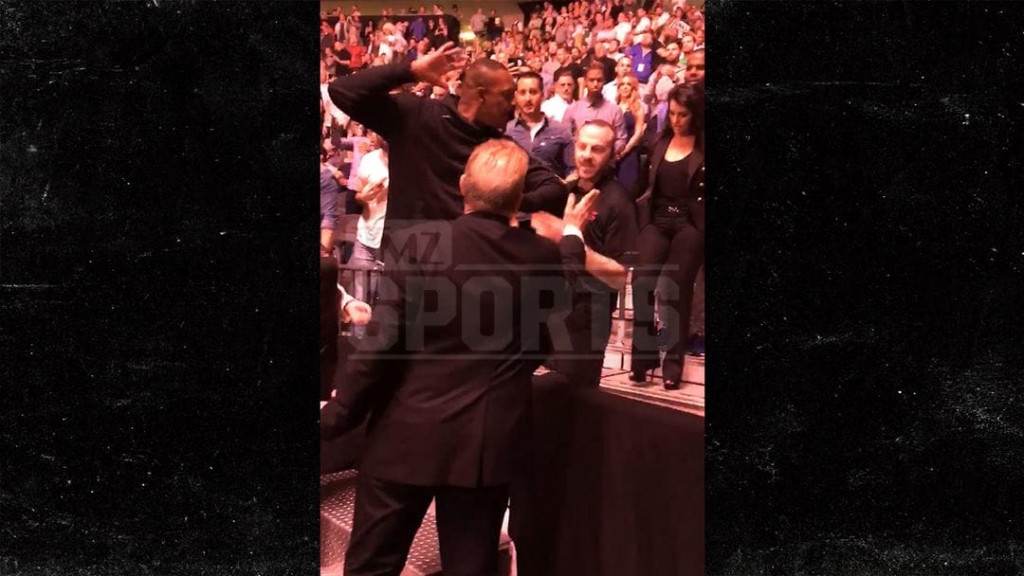 Now he's being sued for wilding out on security at the Conor McGregor fight on some Charles Oakley shit.

Pierce is being sued by Christopher Mostello after an alleged altercation that transpired at the Conor Mcgregor and Khabib Nurmagomedov fight on Oct. 6, 2018. Mostello was working security at the T-Mobile Arena when he was called to take care of a situation between Pierce and a security supervisor, Pierce allegedly grabbed the arm of the woman working security when she asked for his ticket.

The former Celtic pushed the supervisor to the side and when Mostello intervened, he called him a racist.

Is this another example of a celebrity trying to big-time a guy doing an honest day’s work?

Mostello thinks so and he says his reputation has been destroyed over the incident. He’s seeking $15,000 in damages and lawyer fees, with the lawsuit accusing Pierce of defamation and intentional infliction of emotional distress.

Paul needs to pay that dude and move on.