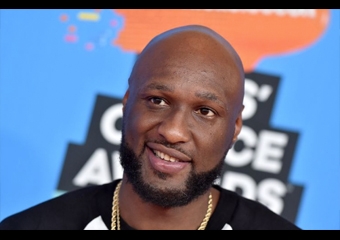 Lamar Odom was once known for his basketball abilities and skills on the court, then his Khloe Kardashian marriage, then unfortunately became involved with heavy drugs. What a hell of a ride. He now comes clean about his sex life in his soon to be released book, "Darkness to Light" -- where he admits, "I have been obsessed with sex for as long as I can remember." "There were too many strippers to count,” "It wasn’t a big deal, but often I would pay them. I never thought less of them." He was so obsessed with X-rated videos, "I ran out of porn to watch! That’s how you know when you are going a little overboard." Odom also admits he cheated on Khloe Kardashian during their marriage -- and she found out. "I was shocked and embarrassed,” "I wanted to take it back, but you can’t. [I] wanted to hide it. But that sick sin was hard for me to hide ... I had a problem." Odom and Kardashian were married in 2009,separated in 2013, then finally divorced until 2016. Nowadays, he seems to be doing better, thank goodness. Salute