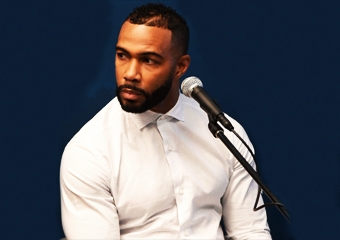 Omari Hardwick has once again spoke about the crazy double kiss we all know about with Beyonce. He feels the whole incident was blown out of proportion, and says it has a lot to due with social media. He also jokes that he might have gotten slapped by her husband Jay-Z. "Jay would have slapped me upside the head, like damn n**a, you seen B? Go give her a hug," Omari said. "That's a woman that reached out to me at one in the morning, said I'm doing a surprise birthday for Jay, you gotta be there. That's a friend." Omari Hardawick will star at "Ghost" in "Power"'s final season this summer.