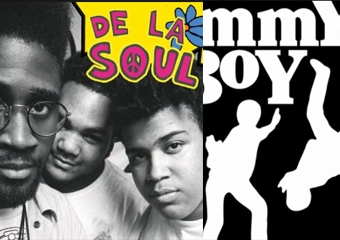 DE LA SOUL vs. Tommy Boy Records started in February after saying thru Instagram they were getting the raw end of the deal on a streaming contract. They started when vinyl, cassetes, cds, etc were popping, but things have changed and now they are in a very long discussion about their catalogue about recieved percentages online for streaming on platforms like tidal, spotify, etc. Once the word got out, Questlove launched a Tommy Boy boycott, which was supported by the whole hip hop community. As a result, Tommy Boy Records stopped the release of De La’s digital catalog. “Because Tommy Boy has not had the opportunity to sit down together with De La Soul and finalize our negotiations — something we’ve wanted to do for months — we have decided to postpone the digital release of their catalog scheduled for tomorrow,” the statement read. “We know fans are eager to hear these amazing recordings and we are hopeful for a quick resolution.” Right now they are still going at it about percentages and a heavy detailed settlement about the rights to their catalogue for a digital age. In the meantime, De La is currently finishing up an international run called the Kings Of Rap Tour with Public Enemy, Wu-Tang Clan, and DJ Premier.