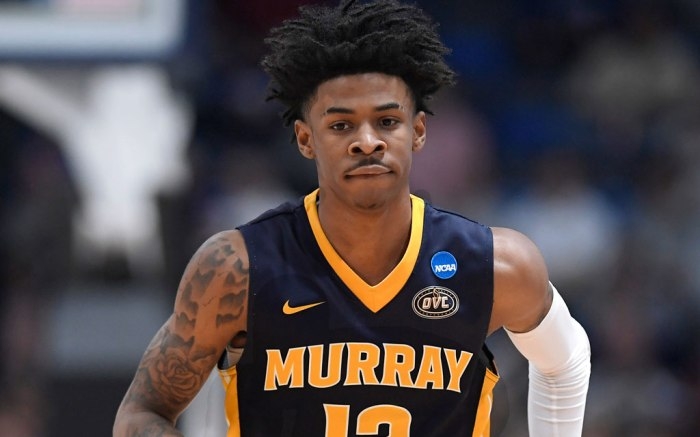 Morant will be joining the likes of LeBron James, Kobe Bryant, Paul George, Kyrie Irving, Kevin Durant and others who have been paid handsomely to promote the brand that Michael Jordan made famous back in the 90s.

Projected number 2 pick in the 2019 NBA Draft, Ja Morant, has signed a multi year deal with Nike (Via: @ShamsCharania) pic.twitter.com/GM1ZimgI0e

According to industry sources, after deciding to turn pro in early April, Morant did not meet nor engage with any other brands during the negotiation process before signing a multi-year, multi-million-dollar footwear and apparel endorsement deal with Nike.

It’s every ballers dream to get a NIKE shoe deal.

Morant made the announcement via his Instagram page stating:

“All my life my parents worked for a check.  Now I’m proud to say I work for the check. #Nike #NikeBasketball”

If selected with the No. 2 overall pick in this year's NBA Draft, as many expect, Morant is projected to earn $39.56 million over a four-year rookie scale contract length.

Morant would make $8.72 million during his rookie season, with five percent raises the following two seasons. The final year of his rookie contract would see a dramatic 26 percent raise, to $12.01 million.

Sources at rival brands worry that as NBA rookie scale contracts continue to exponentially escalate at the top of the board, players will be less swayed to sign away from Nike over a few hundred thousand dollars difference per year between company offers.

Nike currently has a $1 billion, eight-year league partnership as the official jersey and apparel outfitter, that for the first time features a brand's logo along with the NBA uniforms in games. Over 67 percent of the league wore Nike sneakers last season, with another seven percent wearing the company's Jordan Brand subsidiary on the court.