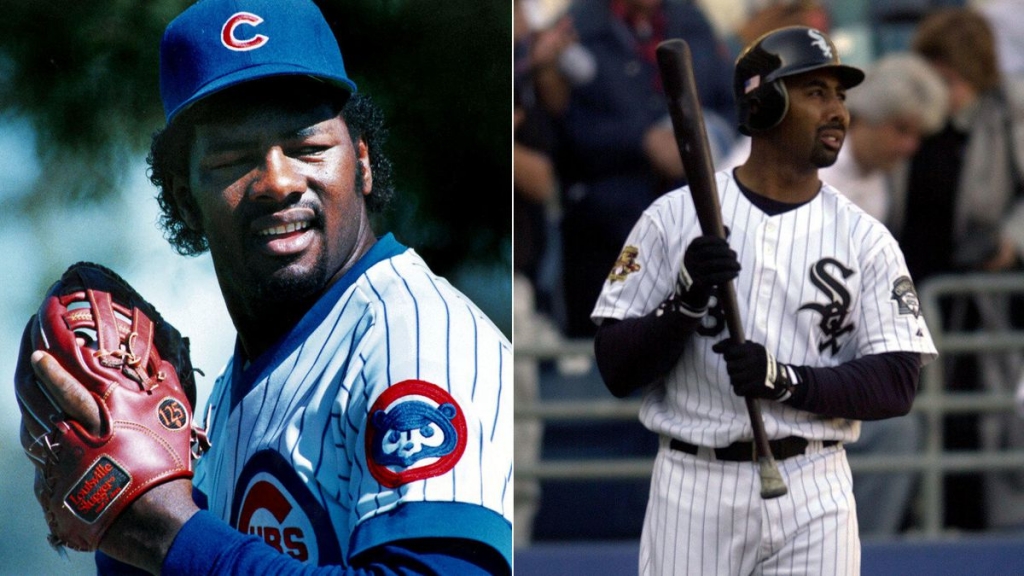 Harold Baines, Roy Halladay, Edgar Martinez, Mike Mussina, Mariano Rivera and Lee Smith were inducted with 53 returning Hall of Famers in Cooperstown on Sunday, bringing the total number of Hall of Famers in town to a record 58 – the most Hall of Famers at any location in history.

The estimated crowd of 55,000 fans in Cooperstown was the second-largest in history, trailing only the 82,000 fans that attended the 2007 induction of Tony Gwynn and Cal Ripken.

Harold Baines and Lee Smith are African-American legends who had great careers. Baines was a prolific hitter and Lee Smith finished his career as the all-time saves leader with 478 before Mariano Rivera and Trevor Hoffman surpassed him.

Yankees legend Bernie Williams gave a jazzy guitar rendition of The Star-Spangled Banner and Take Me Out to the Ballgame, with a few notes of Metallica’s Enter Sandman thrown in to honor his former teammate Rivera, who entered games to that song.

For the second straight year, the Hall of Famers also paid a dope tribute to the home run GOAT Hank Aaron with a standing ovation as he took the Induction Stage with Class of 2018 inductee Big Jim Thome.