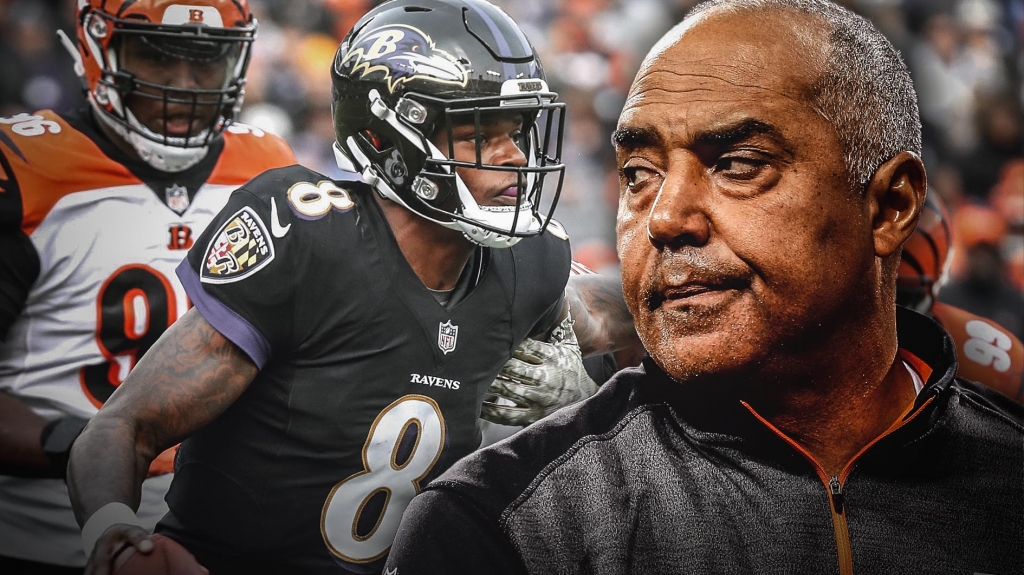 Cincinnati Bengals coach  Marvin Lewis, one of just 6 black coaches in a 32-team NFL, was gutted on the ground by the Ravens’ new weapon, rookie QB Lamar Jackson on Sunday.

Jackson was the only black quarterback drafted in the first-round of the 2018 NFL Draft and has sick skills. He rushed a record 27 times from the QB position for 117 yards in a 24-21 win over the Bengals.

With Lewis and Jackson in positions of power that most men of color never achieve -- and having both been subject to criticism because of their race -- you'd think Lewis would take the high road when asked about Jackson's debut.

Instead of crediting the rookie with a tremendous first effort, Lewis questioned Jackson‘s longevity after the Ravens rookie first-round pick ran the ball down his team's throat. He played right into the stereotypical, outdated and disparaging analysis concerning black quarterbacks.

It was sour grapes at best.

can we just talk about how Marvin Lewis basically just said that Lamar Jackson will get injured instead of giving him credit for him cooking Lewis' team... pic.twitter.com/ibZKffF0Td


NFL coaches and scouts have been shitting on Jackson ever since Jackson left Louisville as one of the most accomplished QBs in college football history. He just keeps proving haters wrong.
Tags:  Lamar Jackson · Marvin Lewis · running quarterbacks · beef · DaGambler · quarterback rushing record