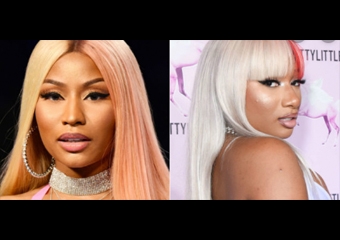 So, someone in the neighborhood called the police on Megan, Nicki, Ty Dolla $ign and Co., but the music production video staff were able to quickly secure another location. They found another spot to finish the video in San Bernadino, California. Many fans were on hand to watch Megan Thee Stallion and Nicki Minaj's "Hot Girl Summer" video live as it was being filmed. The two girls were seen taking shots, cracking jokes, twerking, and posing for the camera. The two first started to film in Los Angeles' elite Mount Olympus neighborhood in the Hollywood Hills until things took a turn when the LAPD showed up to shut everything down because the crew didn't have the proper permits that allowed them to film in the "prestigious" community.