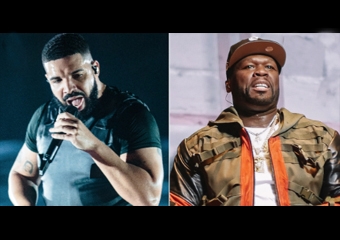 DRAKE MAY BE PRODUCER ON 50 CENTS B.M.F SERIES

So new details about the Curtis Jackson-produced show on the notorious Black Mafia Family (B.M.F) drug enterprise are spreading, building excitement. Drake may actually work on the project, which will air on Starz, as a producer.

Like 50, Drake is becoming more experienced in the field of television, and he already serves as an executive producer on Netflix's British crime drama, Top Boy as well as HBO's "Euphoria."

B.M.F. seems to be going in the right direction with actual family members involved from the original crime family, as well as these two superstars putting time and effort into the project. 50, who recently made his directorial debut in Episode 3 of Power Season 6,  is to executive produce the series, which is currently in development.

50 struck a major overall deal with the premium broadcaster via his own G-Unit Film and Television banner and the projects look official.

“I have a BMF project that’s in development that they’ll be seeing shortly and it’s really exciting because I’ve had that project for about four years and [want] to make it right. [Starz] is providing me with everything that I need to make it great so I’m excited about that,” 50 said.