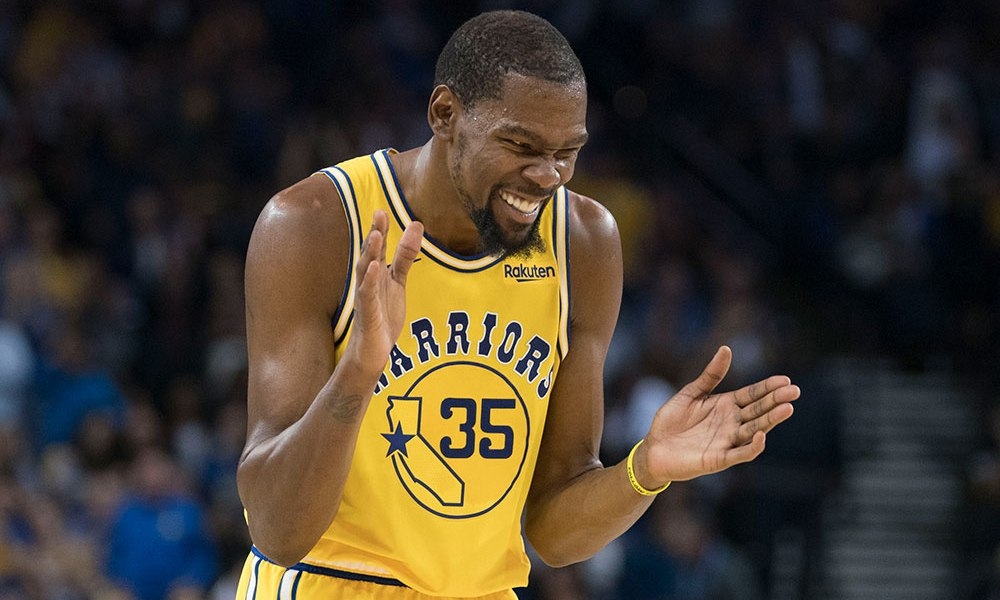 Kevin Durant's been under some media fire lately as Golden State has struggled with Steph Curry out nursing an injury. The team has been very inconsistent and sit in second place in the Western Conference at 15-7, behind Doc Rivers' surprising Clippers.

First it was the argument with Draymond Green after Green didn’t pass KD the ball and the rumors of irreparable words being exchanged, with KD basically saying he wasn’t returning to Golden State. In the aftermath of that public rift the Warriors panicked and suspend Draymond for a game for conduct detrimental to the team.

Durant, has admitted to being sensitive to fan criticism, even creating burner accounts in the past to defend himself on social media. Some predicted that the fallout would spell the end of the Golden State Dynasty.

Since that potentially damaging moment, however, KD has shaken off the drama and he scored 93 points in a two-game span, including 49 in a 116-110 comeback win over the Orlando Magic on Monday night.

The nine-time NBA All-Star and four-time scoring champ is no stranger to putting up big numbers. He's had back-to-back 40 point games twice before last night. But the two-time World Champion never scored that many points over a two-game span.

To say he’s focused is an understatement and with Steph Curry still nursing an injury, Golden State needs Durant to be that Top 3 NBA player night in and night out.


The 30-year-old gunner also added nine assists and six rebounds. It is just the third time in his career he has done that, and the first since 2011.

Durant was tight that he didn’t get his 50 piece and feels like he hasn’t played his best hoops yet.