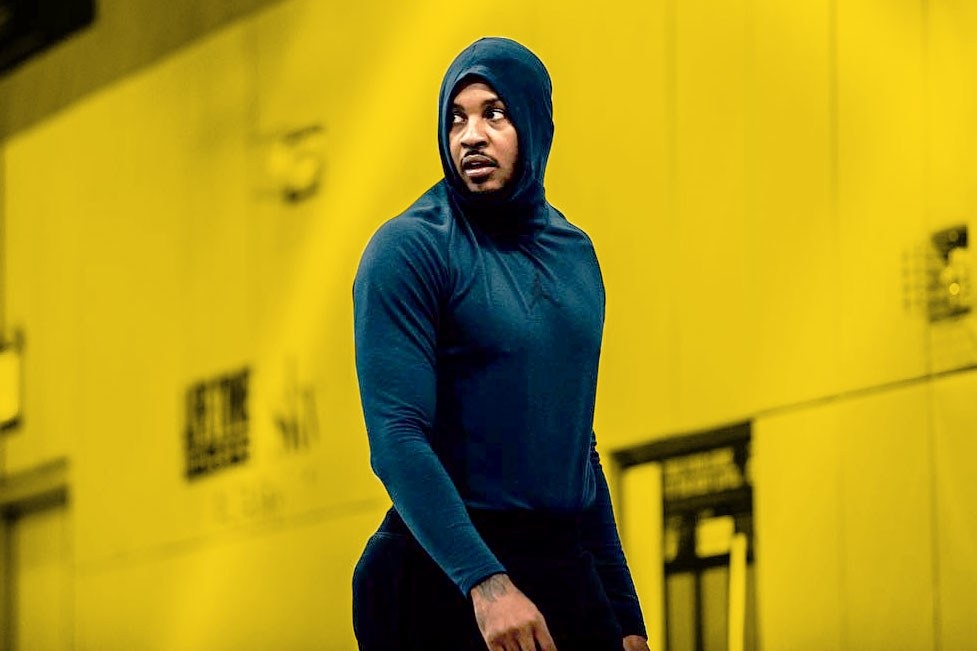 Carmelo Anthony is sitting on a lot of NBA cash and still has some game, but doesn’t have any strong takers for his services after severing ties with the Houston Rockets after just 10 games.

Melo doesn’t need the money, but he does need a championship to stamp his legacy among the all-time greats.

Right now, he has more free time to mend relationship with his wife La La (actress on the hit Starz series Power) in the aftermath of their break up, reconciliation and the secret baby that is no longer a secret. While he works on that, he's honing his game in New York City,

Hoodie Melo was spotted working on his shot at Life Time Athletic at Sky on West 42nd street in Manhattan.

Brooklyn Nets GM Bobby Marks said Anthony is more likely to find a team after December 15, when players who signed as free agents in the summer can be traded.

“I think you’re in a wait and see with Carmelo,” Marks said on The Woj Pod.“I would be surprised if anything happened before December 15. “Unless a team like Miami says they have a feeling they would be willing to claim him.”

For now, Melo is content on chilling, spending time with his son and working on his jumper. Somebody’s going to need a sniper for the playoff push and Melo is staying ready.