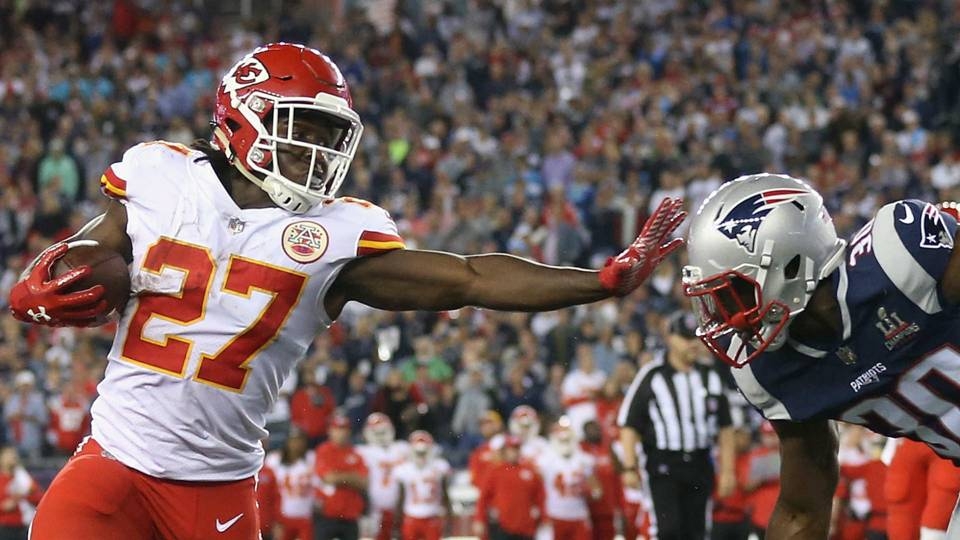 Former Chiefs star running back Kareem Hunt is currently on the Commissioner's Exempt List following a video from February that was recently released that saw him push and shove a woman at a Cleveland hotel.

Hunt, one of the best backs in the NFL and an important piece in Kansas City's explosive multi-faceted offense, was released from the team and now the only question is how long his suspension will be and how his absence affects the Chiefs' balanced offense.

Reports are that it could be more than the baseline six-game that Ezekiel Elliott received last season, because of a previous incident where Hunt punched a man in the face.

According to sources with direct knowledge of the situation, Hunt faces more than the baseline six-game suspension for violation of the NFL's personal conduct policy. The league also has been investigating an incident involving Hunt allegedly punching a man in the face at an Ohio resort in June. The NFL is believed to have found enough from that incident to add to Hunt's discipline.

Since penalties for two incidents aren't likely to be served independently of each other -- and because the clock on a suspension doesn't begin when a player is on the Reserve/Commissioner Exempt List -- Hunt could sit out not only the rest of the 2018 season, but well into the 2019 season.

When the NFL botches an investigation as it did with this situation, it will look to cover its tracks by hitting Hunt with some severe charges. The Cleveland police say the case is closed and no charges have been filed either way, but there's a victim that claims she was assaulted and a video that supports it although we still don't know exactly what happened.