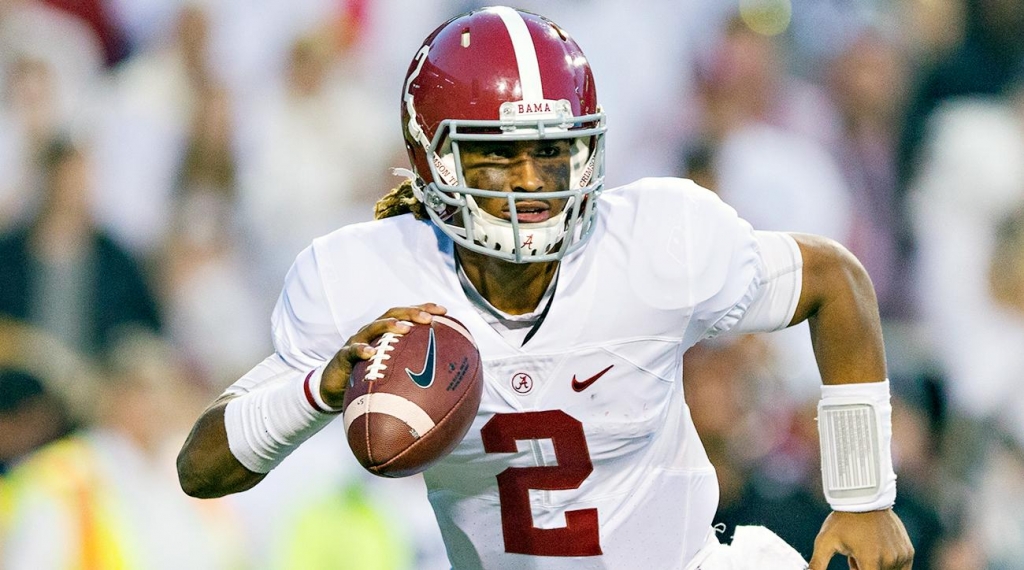 Last year, Jalen Hurts was the All-American quarterback who was benched in the national title game in favor of freshman quarterback Tua Tagovailoa. It was unprecedented that a QB with Hurts’ track record would be benched, but desperate times call for desperate measures.

Tagovailoa came in and led Alabama to a come from behind win in the National Title game, becoming an instant legend. Hurts was the epitome of a class act, showing his support for the team despite how deep being benched stung his ego.

They say football is a game of redeeming features and that was proven on Saturday as Hurts took over for an injured Tagovailoa with his team trailing Georgia. Hurts, who lost his starting job to Tagovailoa and remained with the team rather than transferring, led a fourth quarter comeback over Georgia in the SEC Championship. Alabama advances to the college football playoffs and a shot at another title.

Hurts threw for a game-tying TD and and sealed the game with a run to take the lead.

“I’m so proud of this guy for what he’s done this year, I can’t even tell you.”

Nick Saban got emotional when speaking about the heroics of Jalen Hurts. pic.twitter.com/mmY4HfoFqD

Hurts’ story is a lesson to everyone in patience, class, loyalty, honor and redemption.