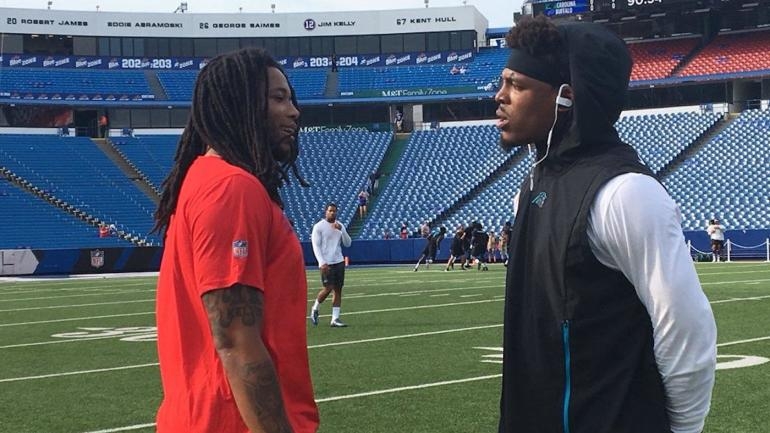 Cam Newton’s Carolina Panthers are reeling after suffering their fourth consecutive loss on Sunday to the Tampa Bay Bucs. The losses hurt, but probably not enough to keep Cam from shedding a huge smile when he found out that Buffalo released one of his biggest critics --  former Carolina Panthers receiver Kelvin Benjamin.

CB Denzel Rice and DE Mike Love have been signed from the practice squad. #GoBills pic.twitter.com/u3RyrP7ZQz

In fact, Cam is probably going out to celebrate tonight like he just won the Super Bowl.


The Panthers QB is still bitter about having his reputation tarnished by Kelvin Benjamin’s harsh criticism of Newton's passing accuracy and intelligence during an interview in the preseason. Benjamin threw Cam under the bus, implying that Cam's lack of passing acumen was why Benjamin has not blossomed into the first-round receiver he was drafted to be.

Cam tried to address the situation when the Panthers and BIlls met in the preseason but Benjamin blew Cam off and wouldn’t even speak to him.

It was kind of a sucker move, but Cam is the one who got the last laugh as Benjamin is looking for a job.