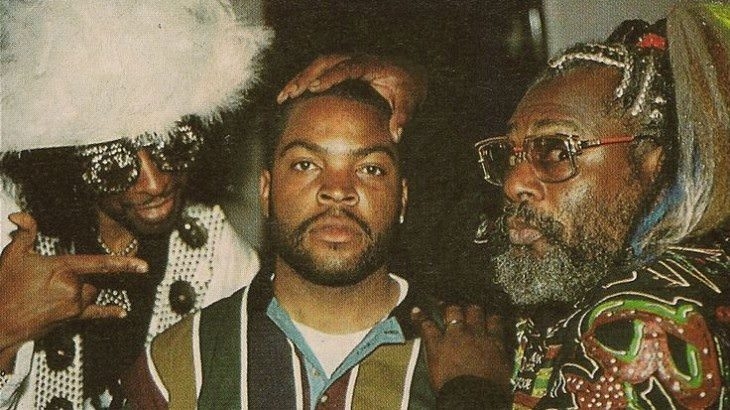 Ice Cube Returns To His G-Funk Roots on New Album

Ice Cube wasn't only a pioneer of the gangsta hip-hop sound, but prior to 1992, when Ice Cube’s N.W.A. partner Dr. Dre brought G-Funk to the mainstream with The Chronic, Cube and his team produced Del The Funky Homosapien’s 1991 debut, I Wish My Brother George Was Here.

The title was in reference to Uncle George Clinton in a Funk-Rap workshop for the Hieroglyphics MC. One year after Del’s LP, Cube made an appearance in Dr. Dre’s “Let Me Ride” video, a homage to the 1970s spaceship-rocking sounds of Clinton and his Funketeers.

Cube adapted those G-Funk/P-Funk sounds on his 1994’s “Bop Gun (One Nation)” and started developing a relationship with George Clinton who appeared on the song.

Cube switches gears from the recent “Arrest The President” single. This time, Cube is hitting us with “That New Funkadelic," a single  heavily influenced by the Atomic Dog” creator.