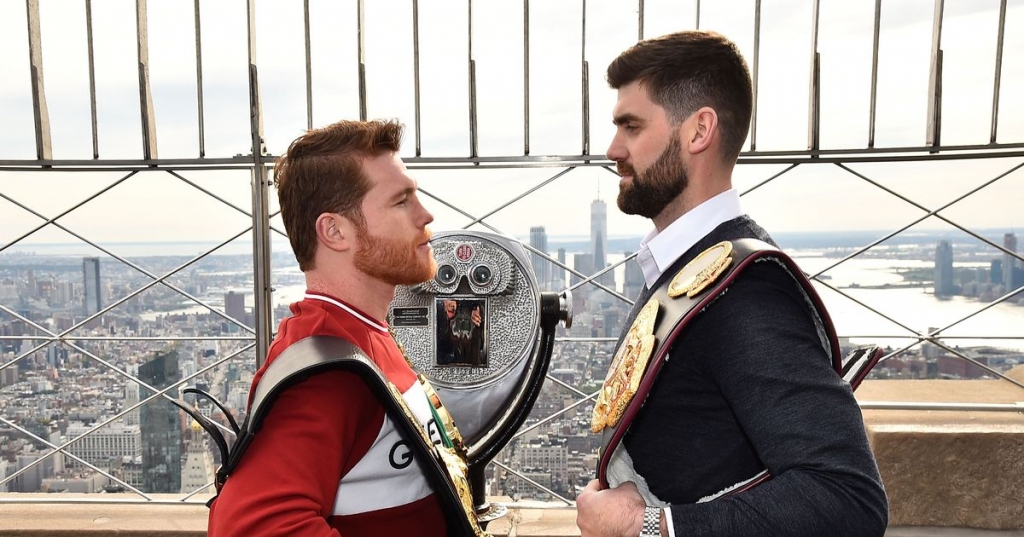 Canelo Alvarez is coming off an impressive victory over GGG in their rematch bout. He's considered the supreme pound-for-pound fighter in the world and boxing's major attraction right now. Canelo will meet British boxer Rocky Fielding -- a heavy underdog -- in a Super Middleweight World Championship fight on Dec. 15  at "The Mecca" Madison Square Garden,

Fielding falls well below the level of some of Canelo's signature fights, but the underdog is hoping for a miracle and believes he has more than a "puncher's chance."

In boxing that's code for "he has as much chance of winning as Colin Kaepernick does of getting an NFL job this season."

"That's what they all say. We say it here in the UK," Fielding said.  "Yeah, it's a puncher's chance, but I mean, it's the talent of the shots and the punches and stuff like that. I'm a good fighter, a good boxer. So it's a good one.

Fielding (27-1, 15 KOs) is the huge underdog for the fight as he defends the WBA super-middleweight title he won against the previously unbeaten Tyron Zeuge in July. Mexican superstar Alvarez (50-1-2, 34 KOs) defeated Gennady Golovkin to win the unified middleweight world title in September and has moved up 168 pounds as he attempts to win a title in a third weight division.

The rise up in weight is what Fielding is hoping gives him an edge as he's been fighting at super middleweight far longer than Canelo,  who has dominated the middleweight division since the departure of GOAT Floyd Mayweather. Fielding is used to fighting bigger guys.

"Yeah, that's the ingredient to the fight, Fielding told reporters on an international press conference. "I'm a big super middleweight, and he's stepping up. That's what makes it interesting to see how he is going to adapt to it and how he's going to be. I'm at a weight to make the weight comfortable, and I'm okay at it. I don't know how it's going to be for him, but I'm at the best weight for myself.