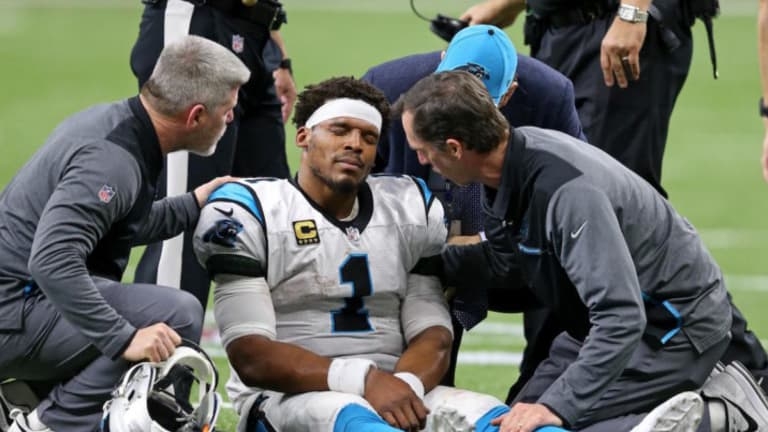 Something had to be wrong with Cam Newton. After a fabulous 6-3 start, where he was throwing accurately and effectively, the Panthers lost four games in a row and he’s looked horrible. The QB who was once known for his rocket arm has had trouble throwing the deep ball since he underwent surgery on his shoulder in 2017.

His accuracy has always been an issue, but it’s been worse lately.

From Up to the Minute Live: #Panthers QB Cam Newton is limited during today's practice, and this shoulder issue may be a battle the rest of the season. pic.twitter.com/aZ1ysCYhOi

Cam rehabbed in time for the start of the 2018 season, but now, days after Cam threw four brutal interceptions in a loss to the Buccaneers, it was reported that he's dealing with a sore shoulder.

He didn't throw in Wednesday's practice and is resting his shoulder.  With the end of the regular season just four games away, the Panthers’ playoff hopes are finished if Cam has to undergo season-ending shoulder surgery again.

Injuries are a part of the game, especially for a running quarterback like Cam. Let’s hope he can get back on the field without having to undergo the knife again.