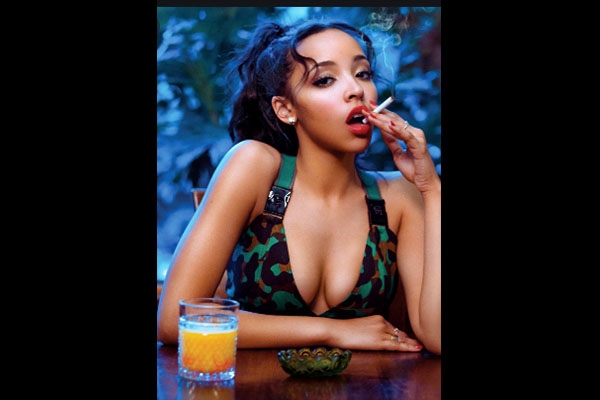 TINASHAE BEING SUED FOR COPYRIGHT INFRINGEMENT

The music industry is tricky. A man named William Kissas, has officially filed a lawsuit against Tinashe and singer Mackenzie Johnson, over their collaborative track "Save Room For Us."

He says in February 2019 he was looking to collaborate with Tinashe.

Her producer claims he sent some of his music over to MakJ via DropBox for consideration to make a song and he was to be paid and given production credits.

Unfortunately, when Will K saw that the two singers used his music for "Save Room For Us" without giving him credit, he reached out to her squad and no luck.

He decided to file the lawsuit after he claims he was ignored, Will K has accused them of "copyright infringement and fraudulent misinterpretation."

Have to move carefully in this business, a lot of people want something for nothing.
Tags:  TINASHAE · TINASHE BEING SUED · COPYRIGHT INFRINGEMENT