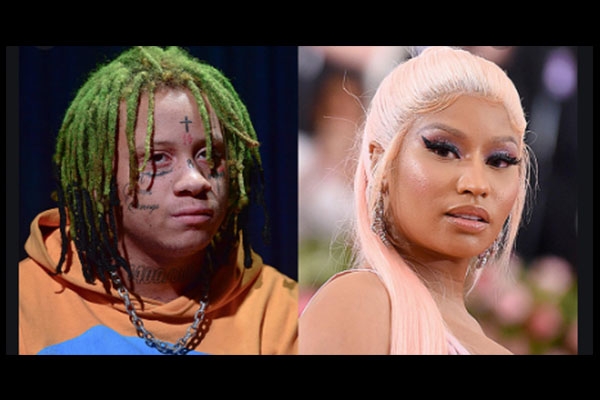 Trippie Red roamed the background of a radom video before stating: "Nicki Minaj really fell off."

The whole thing is 6ix-9ine has done several songs with Nicki now, so Trippie might be in his feelings because they never did a song together and were on the same label at one time. It's possible that he's clout chasing or just simply stating how he feels.

Who knows, but knowing Nicki, she won't let that shit fly....lol. Expect a response.