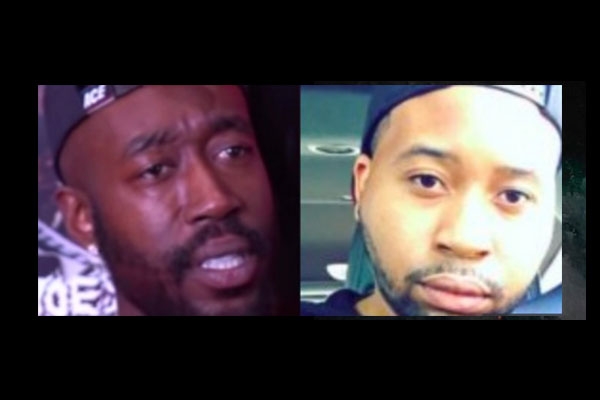 DJ Akademiks and Freddie Gibbs have been trading jabs on the internet lately.

Gibbs offered $5,000 to any woman willing to admit they actually slept with Akademiks. lol. Ak responded to Gibbs with, “Freddie…don’t play urself…u not even more successful more than me. Relax ur self kid. U underground. Don’t try to ever play me. If u really wanna try me…a BLOGGER. Let’s go. “Bring all ur statements of how much you made as a rapper.. and I’ll bring up tax statements of what I made as a BLOGGER. and let's compare. U can’t compare to Jeezy…he been lit for mad years. U a lil nigga. and i Doubt u compare 2 me. But… Drop ur shit… I’m down. Mr Gibbs.

Ak later added, “@FreddieGibbs I love u for the mere fact u love talking shit like I do…but u tryna talk crazy to Jeezy who a legend. Show me what u made in the last 3 years as a rapper…I'm a blogger…i’ll compare. If u don’t beat me by an outstanding margin. STFU. u can’t compare to jeezy.”

Gibbs replied, “My son’s room bigger than yo house bitch stop it,” to which Aks said, “We can actually post proof to find out if that's actually. My new house is 8500 sqft. I bet you $20,000.00 that your Son Room ain't bigger than that. Put ur money where ur mouth is.”

Gibbs told him to provide evidence he didn’t have oral sex with Tekashi and Ak replied with “AHAHAHAH ur so funny,” Ak replied: “I’ll let u have that joke.. its a popular one. Just never mention Relevancy again… cuz u not releavant.. u finally did over 10k u talking like u big… boy. u a lil artist. a lil nigga. not top 10. not top 20. u on the outskirts. Should b Happy to be here.”

“Cute,” he wrote. “I had to shut you up with stats. Keep that lil emotional energy to urself…. where u talk sh*t to artists who won't think bout u. I’ll ignore u until you even try to come at a blogger. U a LIL NIGGA. even to a blogger. Jeezy out ur league. Enjoy your Pasta. Alfredo.” Ak then invited Gibbs to appear on Everyday Struggle. Fred said: “Imma squeeze yo titties on camera” then told Ak he’s “built like a Teletubby.”

“I can’t stand niggas who finally get luke warm after almost a decade and a half and start talking shit,” he said. “enjoy ya lil hot streak nigga… but don't get it twisted.. U JUST GOT ON. and u not no legend like JEEZY is.” Ak said. A teletubby, tho?