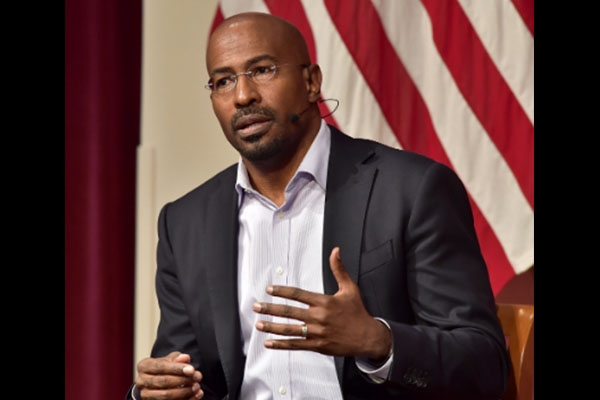 Al Sharpton said “Van’s experiment with Trump is a case of him having more faith than I have, but I’m not going to attack him for doing it.” The only problem we all have is it was done in secrecy. A CNN analyst applauded the police order and called it a “good thing” but left out that he worked on it. Jones replied “mainly because you saw the support of law enforcement there … There is movement in the direction of a database for bad cops. We have never had a federal database for bad cops, that’s why all these cops go all over the place doing bad stuff… The chokeholds, that’s common ground now between Nancy Pelosi and Trump. Good stuff there.” Whatever the case, Van Jones shouldn't be "cancelled" but should acknowledge what he's doing and let his homebase team in on what he's doing, that's all. You have to work with the enemy to change their position in society.
Tags:  VAN JONES