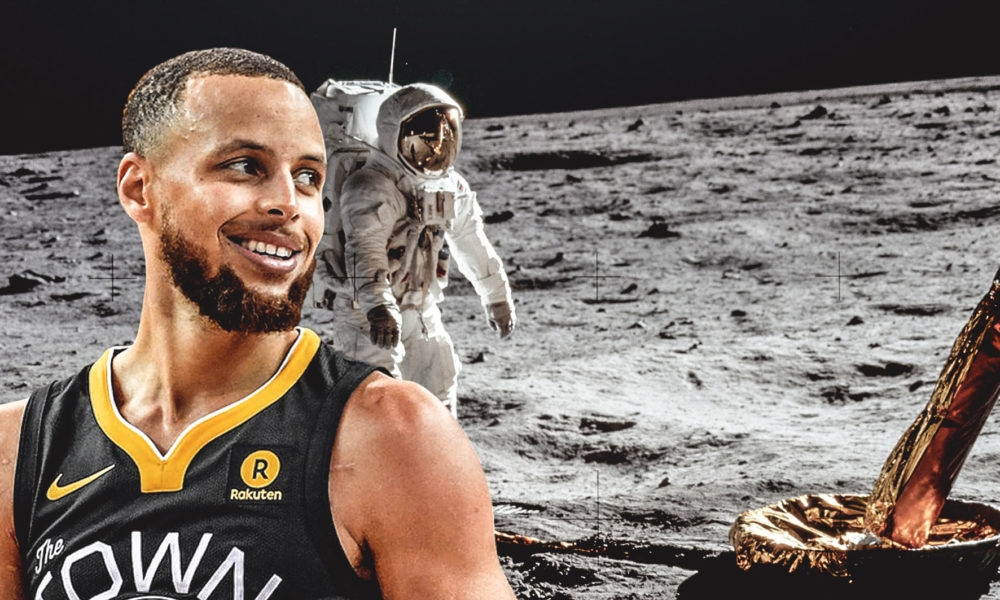 Golden State Warriors star Steph Curry appeared as as guest  on Monday's episode of the "Winging It" podcast hosted by the Atlanta Hawks' Vince Carter and Kent Bazemore.


The conversation was normal until the conversation took a sharp turn after Steph's teammate Andre Iguodala brought up a meme he saw on social media that called into question how filmmakers knew what sounds dinosaurs made.

From there,  Curry decided to jump headfirst into a classic conspiracy theory.

"We ever been to the moon?" Curry asked the room.

Several of the players responded in the negative.

"They're going to come get us," Curry added. "I don't think so, either ... I'm starting conspiracies."

Curry isn't alone. The further we get from Neil Armstrong's historic trip to the moon in 1969, a growing legion of people feel that the journey was a creation by the US Government, staged in a studio, to give the appearance that the U.S.beat  the Soviets in the race to the moon.