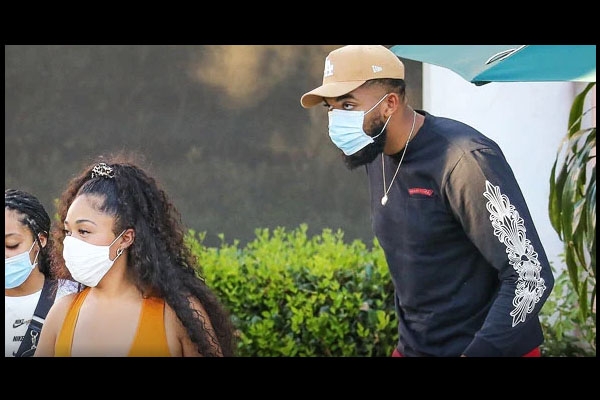 Rumors have been started about these two after they were spotted having dinner in Calabasas. They clearly were trying to not be noticed, but heres the rumors starting because they were seen together...oh boy. They were also spotted in Malibu recently as well.

In a picture of them together, Jordyn looks extra happy. Jordyn said he’s “like a brother” to her but that hasn’t stopped fans (and everyone else) from speculating over the couple. lol. Relax...but then again, you never know.