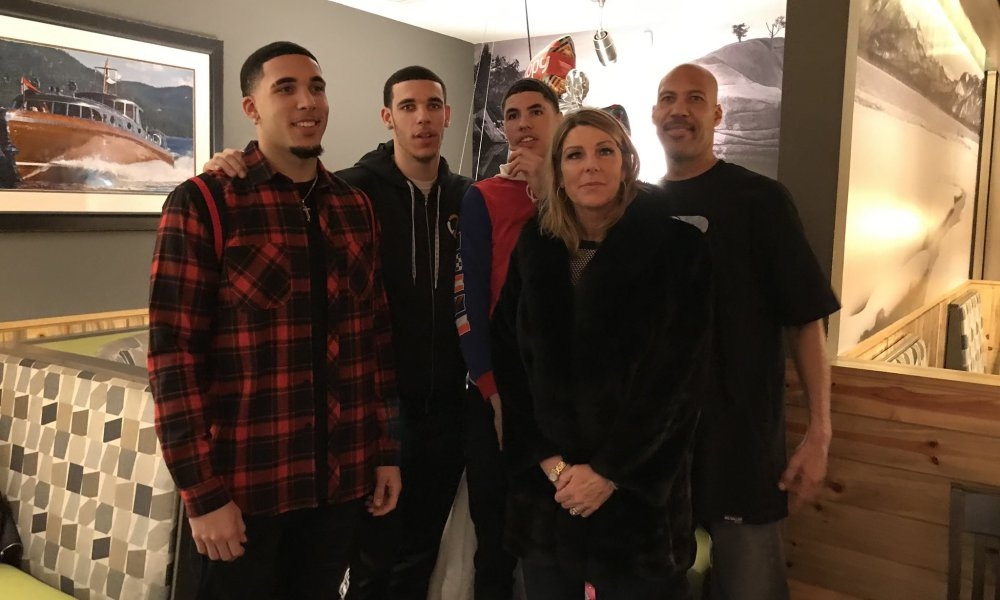 The Ball brothers and father LaVar are some of the most recognizable people in the basketball world, thanks to LaVar's marketing genius, big mouth and business saavy. LaVar's wife Tina Ball is the anchor of the family and the often overlooked straw that stirs the Ball Family's drink.

Tina, suffered a stroke a few years back but has recovered well. Since then, every year is precious and LaVar gave his wife a huge birthday shoutout on Tuesday as she turned 51 years young.

Her sons, meanwhile, took to Instagram to wish the #LadyBaller a happy birthday. LaMelo used the same photo as his father in his post, telling his Tina “Happy Birthday Momma I Love You.” Melo also included a video of his mother singing Happy Birthday as well in the post.

While LaVar was running around, trying to build the Family Empire, Tina did things like taught physical education at a middle school, ran local sports programs, made the costumes for a production of “Beauty and the Beast.”

The Ball Family has become the Kardashians of the hoops world. Alongside every strong man is a strong woman. LaVar Ball has forced his philosophies, opinions and goals on anyone listening, but he doesn't stand alone.


“We balance each other out,” LaVar once said.


Tina likes to dance and laugh and tell stories, and is the only person who can shut down LaVar’s grandiosity with down-to-earth pragmatism.
Tags:  Big Baller · Tina BAll · Mama Ball · LaVar Ball · Happy Birthday Tina Ball