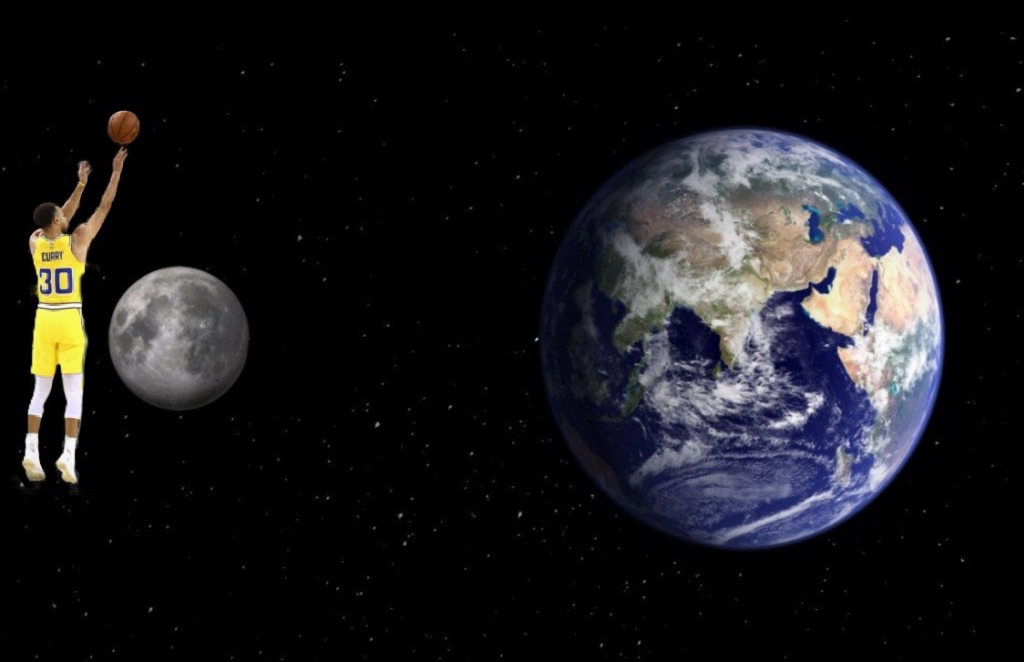 On Monday, we reported on conspiracy theorist/Golden State Warriors point GOD Steph Curry saying during a pod cast that he thought Neil Armstrong's moon landing in 1969 was fake.

Apparently NASA has taken offense to Curry's words and responded with an offer for the Warriors star. NASA has invited Curry to an astronaut-guided tour of one of its lunar labs .

NASA is trying to prove to Steph Curry that the moon landing was real https://t.co/cH3Kwru0h4 pic.twitter.com/YC98YVrcFg


Curry might have been joking, but the two-time NBA MVP was reminded of the power of his words and how they reach as far as his shots travel  -- into outer space.
Tags:  Steph Curry · 1969 moon landing · fake · NASA offers tour