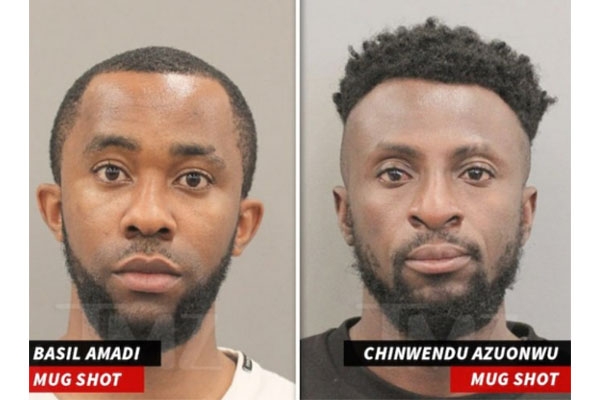 So I hate to say this, but a lot of scammers come from overseas and there are many from Africa in particular. Now a man named Chinwendu Azuonwu will appear in court for third-degree felony money laundering charges after he reportedly scammed a woman out of $100,000 by pretending to be Bruno Mars. SMH. A 63-year-old woman from North Texas was the target of the scam after she made an Instagram page looking for companionship.

She said she was contacted by an account pretending to be Bruno Mars and fell in love, believing the singer was interested in a relationship with her. She was asked to send $10,000 to a "friend of the band" for "tour expenses." Then two days later, the fake account requested a whopping $90,000!!!!!  This guy had help alos though, so Chinwendu Azuonwu and Basil Amadi have been charged with money laundering and if found guilty, they could spend up to 10 years in prison.

My thing is why would you even send that type of money to people you don't know? Come on, ain't that much desperation in the world! SOMEONE JUST NEEDS TO ALSO BEAT THEIR ASS FOR TAKING ADVANTAGE OF A OLD LADY.