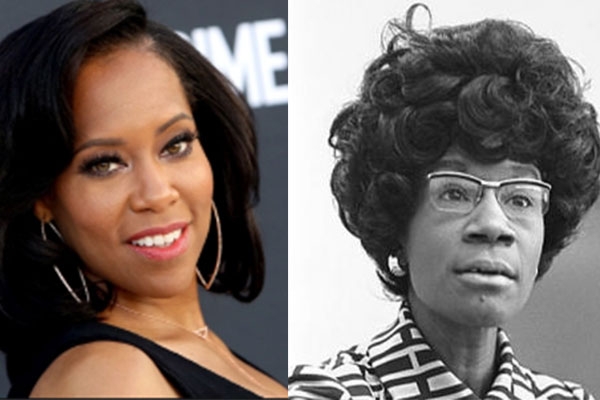 Regina King is about to portray America’s first Black congresswoman, Shirley Chisholm, in the upcoming biopic, Shirley, which she is also producing.

The movie will show Chisolm’s historic 1972 Presidential campaign. “Shirley Chisholm’s fearless determination has been an inspiration to so many of us, and with this film we hope to inspire many generations to come,” King said in a statement.

“To collaborate once again with my friend and mentor, John Ridley, and the team at Participant, makes this decade-long journey even sweeter.”

King is on track to becoming the first Black woman to win an Oscar for Best Director after One Night in Miami received a nod. Regina King secured her fourth Emmy for Watchmen and made her directorial debut in One Night in Miami.
Tags:  REGINA KING · Shirley Chisholm