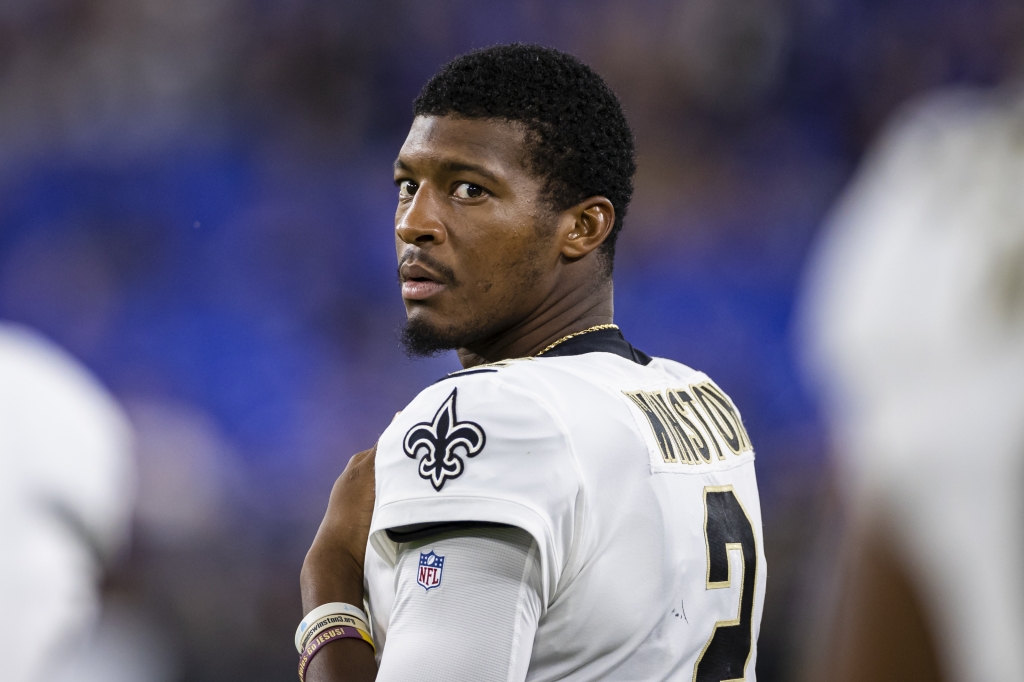 Jameis1of1, author of the Amazon best-selling book, "Jameis Winston Derangement Syndrome: How Media Bias Causes Us to Overlook the Start of a Hall of Fame NFL Career" detailed how USA Today, all the way back in 2014 was guilty of slandering Jameis Winston and was one of the earliest publications that displayed an obvious bias in their coverage of Winston.

So, when Kade Kistner, a journalist for USA Today's New Orleans Saints-centric SaintsWire website, contacted Jameis1of1 and asked if he'd be interested in being interviewed and  published on the SaintsWire website, he was both excited and a bit skeptical. Kade told 1of1 the final product would look like the published interview he'd recently completed with Saints star LB Demario Davis.

The two sides agreed on a written interview.  Kade then sent 1of1 six interview questions, which 1of1 answered. Kade told 1of1 on August 30th that he expected the interview to be published "soon", which 1of1 assumed meant before the Saints' first game of the season on September 12th. Kade's final interview question was about what 1of1 expected heading into that game.

This said, 1of1 and "Team Winston" looked forward to seeing one of the first fair and balanced pieces on Jameis Winston in USA Today's history published. However, the Packers game came and went. Winston set new NFL records, as he became the first NFL QB in history to throw for 5 TDs and 0 INTs in an opening day first start with a new team. He also became the first QB in the Super Bowl era to throw for 5 TDs with under 150 passing yards. The interview remained unpublished.

Back in February, Sigler had attacked 1of1 in a since-deleted tweet to another Twitter user. 1of1 asked Sigler why he would insinuate he was a bad person simply because he didn't like his tweets, which everyone knows are data-based and never contain any curse words. Sigler then quickly deleted his negative tweets about 1of1, but also blocked him and refused to answer any questions. He later unblocked 1of1 but also deaded the story with no explanation. Kade made it clear to 1of1 that while he personally felt it was "incredibly insightful", that Sigler, who initially greenlit the interview now simply refused to publish it. 1of1 attempted to reason with Sigler, through Kade. Sigler's response was simply to block 1of1 once again. With this interview turning into a controversial hot potato in New Orleans, 1of1 decided to contact a media outlet he has a ton of respect for, and one he knew wouldn't hesitate to publish an interview that deserves to be read by New Orleans Saints fans, Jameis Winston fans, and mere football fans in general -- Urban Spotlite.

Before you read the complete, original, now banned by USA Today, Jameis1of1 interview, please watch the below interview Zennie Abraham of Oakland News Now recently conducted with 1of1, about this bizarre situation.


Below is the full, original, now banned by USA Today, Jameis1of1 interview:

Kade Kistner: What can you tell me about Jameis Winston as a leader? Additionally, how has he grown in his ability to lead since joining the Saints?

1of1: Every coach and teammate that's ever spoken about Jameis' leadership qualities, dating all the way back to high school, has raved about him as a leader. So, while I know people love to mock him for "eating a W" and try to spin a narrative that he isn't a good leader, the simple fact is every player and coach that's ever spoken about him, says the exact opposite. When it comes to Jameis, mainstream media love to exaggerate his negatives and ignore or even mock his positives. He led the Bucs into Los Angeles as enormous underdogs in 2019 and came out with a blowout victory over the Rams thanks to his nearly 400 yards and 4 TDs of total offense. The idea that Jameis Winston hasn’t been an efficient quarterback is overblown.[/caption] Kade Kistner: Everyone talks about the 30 INT season. Can you help us demystify it a little bit and explain why that likely won't happen again in New Orleans?

1of1: The easy answer is to point to the fact that number"30" is an outlier when one examines Jameis' career, as before 2019 the most interceptions he'd ever thrown in a season was 18, and that was as a 22-year-old with a well below league average run game.

However, Buccaneers receiver Chris Godwin stated in an interview that "at least half" of Jameis' 2019 interceptions were not on Jameis, and that various Buccaneers coaches said much the same. I'd also point out that it's a well-known fact that quarterbacks in a first-year with Bruce Arians have routinely thrown their career-high in interceptions. I think it's fair to say that Sean Payton doesn't exactly call a game the same way Bruce Arians does.
Kade Kistner: Jameis made a career move when he chose to take the backup position behind future Hall of Famer Drew Brees. Is this what he was envisioning the entire time, taking the mantle from Brees?

1of1: Yes, absolutely! I raved about the Saints and Sean Payton and said it would be the perfect fit, and I have been clear in all of my interviews and social media posts since that time, that as far as I understand it, the plan, not just for Jameis but for Payton and the Saints, has always been for Jameis to be Drew Brees' successor.
Listen, Jameis is an extremely intelligent young man. I know many like to spin the narrative that he's not, but the facts are that Jameis was a 4.0 student in high school, received an academic scholarship offer from Stanford, and scored higher on the Wonderlic test than many Hall of Fame QBs, one point below Peyton Manning. However, intelligence, maturity, and wisdom, are all different things, and Jameis' progression from a merely intelligent kid to a truly mature and wise young man has been quite remarkable from my perspective.

What 26-year-old QB coming off a season in which he led the NFL in passing yards, finished 2nd in the NFL in TD passes, all while playing on a torn meniscus and broken thumb on his throwing hand, would willingly humble himself and sign near a league minimum contract to sit behind a future Hall of Fame QB he respects, rather than sign a much more lucrative contract to keep starting and putting up numbers?

Kade Kistner: Jameis is working with head coach Sean Payton and is in a new system. What can we expect to see from him this season?

1of1: The popular answer is to say we'll see the most efficient Jameis we've ever seen, as we all know what Brees did with Payton and we can realistically anticipate Jameis likely setting career highs in efficiency stats like completion percentage. I think that's a fair prediction for people to make.
I also think it's very possible that Payton looks at Jameis as a souped-up Drew Brees, opens up the offense, and unleashes Jameis' arm talent on the league.

Kade Kistner: What can Jameis do differently from the other quarterbacks who competed for the Saints starting job?

1of1: Honestly? Well, the term, "almost everything" comes to mind. Jameis Winston is a legitimate Hall of Fame level 'talent', and this is common knowledge. Winston is the only quarterback in NFL history to be the consensus #1 overall quarterback in the nation as a high schooler, a Heisman winner, National Champion, #1 NFL draft pick and NFL passing champion.  No other QB in NFL history has that resume, only Jameis. And, coming into the draft Winston was widely considered to be the second-best QB prospect since Peyton Manning, behind only Andrew Luck. Taysom Hill, Trevor Siemian and Ian Book simply are not in the same league in regards to arm talent, let alone career accomplishments and production.
Kade Kistner: Finally, do you have any thoughts you want to share now that Jameis has been named the Week 1 starter against Green Bay?

You Make The Call

There you have it! The original, banned by USA Today, Jameis1of1 interview (edited for length). 1of1 is still wondering what he said that could possibly justify John Sigler refusing to publish the interview he himself commissioned? Go to @jameis1of1, author of "Jameis Winston Derangement Syndrome" on Twitter for his personal reaction to the New Orleans media controversy.
Tags:  Jameis Winston · Jameis1of1 · Kade Kistner · USA Today · Jameis Winston Derangmenet Syndrome