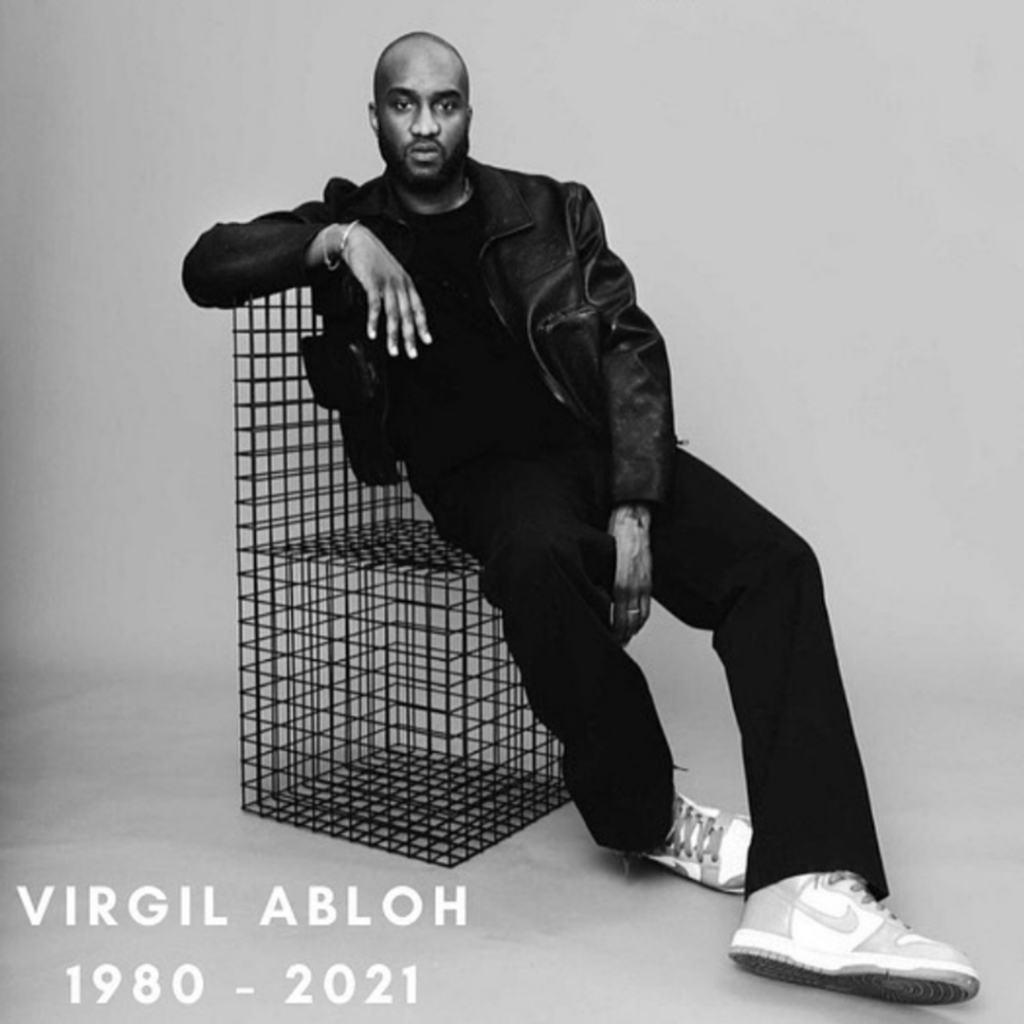 Virgil Abloh, has died at age 41. You know his name from the music, and Kanye West affiliation. He was the artistic director of Louis Vuitton’s menswear collection and official CEO of the popular brand Off-White. He quietly fought a  private battle with “a rare aggressive form of cancer, cardiac angiosarcoma.”

“We are devastated to announce the passing of our beloved Virgil Abloh, a fiercely devoted father, husband, son, brother, and friend,” it reads. Virgil leaves behind his wife, Shannon Abloh, two children, Lowe and Grey Abloh, sister Edwina Abloh, and his parents Nee and Eunice Abloh, as well as countless friends and colleagues. Rest in Peace.