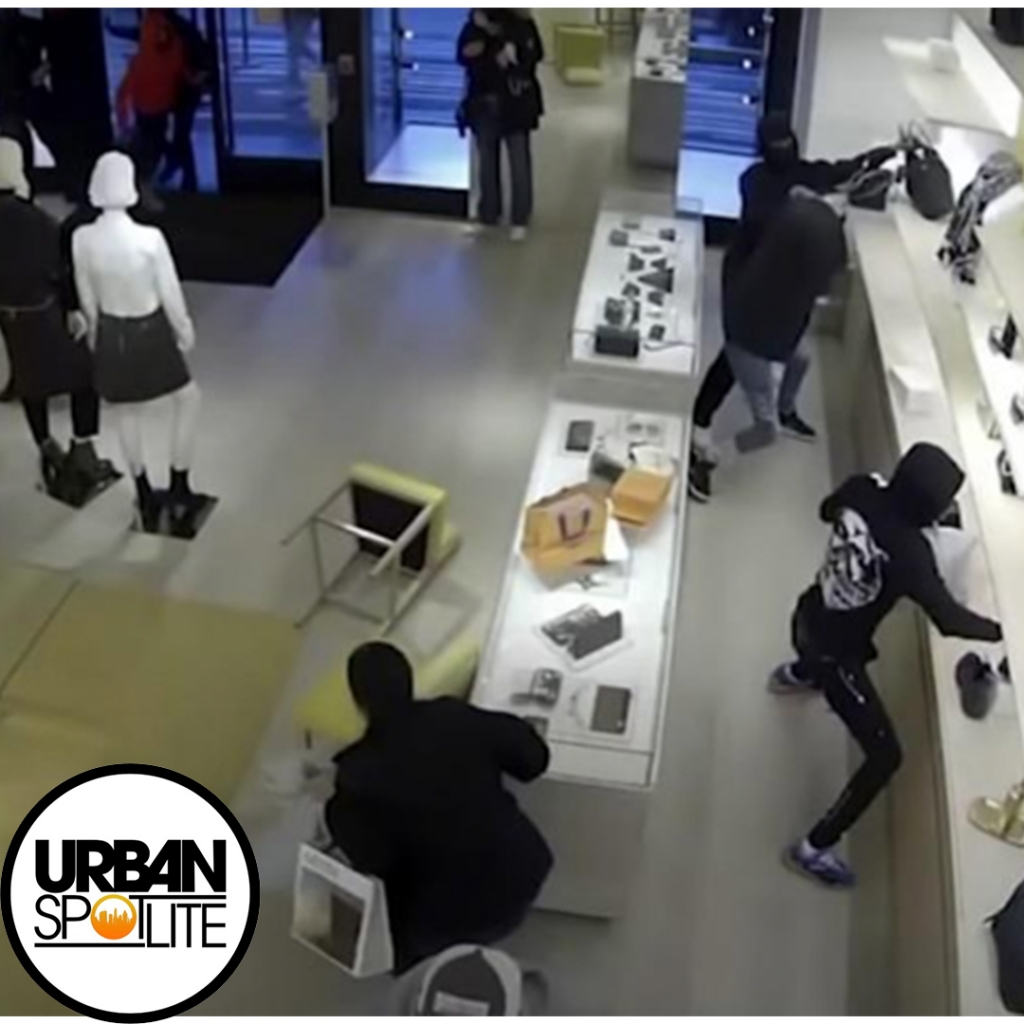 Seems like people don't care anymore, and are wiling to take that chance with smashing high-end stores all across the country. Three stores in Chicago's Wicker Park neighborhood were robbed within one hour on Black Friday, according to local reports. Best Buy locations in Minneapolis-St.Paul were also targeted, local media said. The robberies follow a spree of smash-and-grab robberies at luxury retailers in California in the past two weeks. North Face, Footlocker, and others have been targets in Chicago. Lets not forget the $120,000.00 worth of Louis Vuitton in Chi-town also. The "Bay area" got hit with Nordstrom, Burberry, Yves Saint Laurent, and Bloomingdale's being the victims in these robberies.