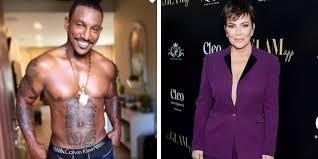 Kris Jenner and her former bodyguard Marc McWilliams are expected to start talking money in the 2020 sexual-harassment case he filed against her in closed-door discussions.

Jenner's team had been keeping the drama silent. It serves as a rare look into sexual harassment of women in powers of position towards their male employees or subordinates. This isn't a problem limited to just women as victims.

News of this development emerged Wednesday in a Daily Mail report, which revealed that the judge in McWilliams’s lawsuit told his lawyers to “expeditiously” start the arbitration process.


The ex-bodyguard, who worked for the famous family from 2017-2019, claimed the 66-year-old Jenner both sexually harassed him and "groped his crotch" in a series of scathing allegations.

The Los Angeles Superior Court Judge Armen Tamzarian ruled that both parties have exactly one year to find an arbitrator to examine arguments from both sides and decide upon a settlement or agreement, as revealed by court documents obtained by the DailyMail.

Neither Kris nor Marc were present in court for the hearing, after he first sued the family matriarch in 2020 for $3million.

The rapper-turned bodyguard claimed that she grabbed his butt, exposed herself to him, and then fired him when he denied her advances.

Then, last February, Marc added to his shocking allegations, claiming that Kris "sexually assaulted him" while they were out in her luxury Bentley.