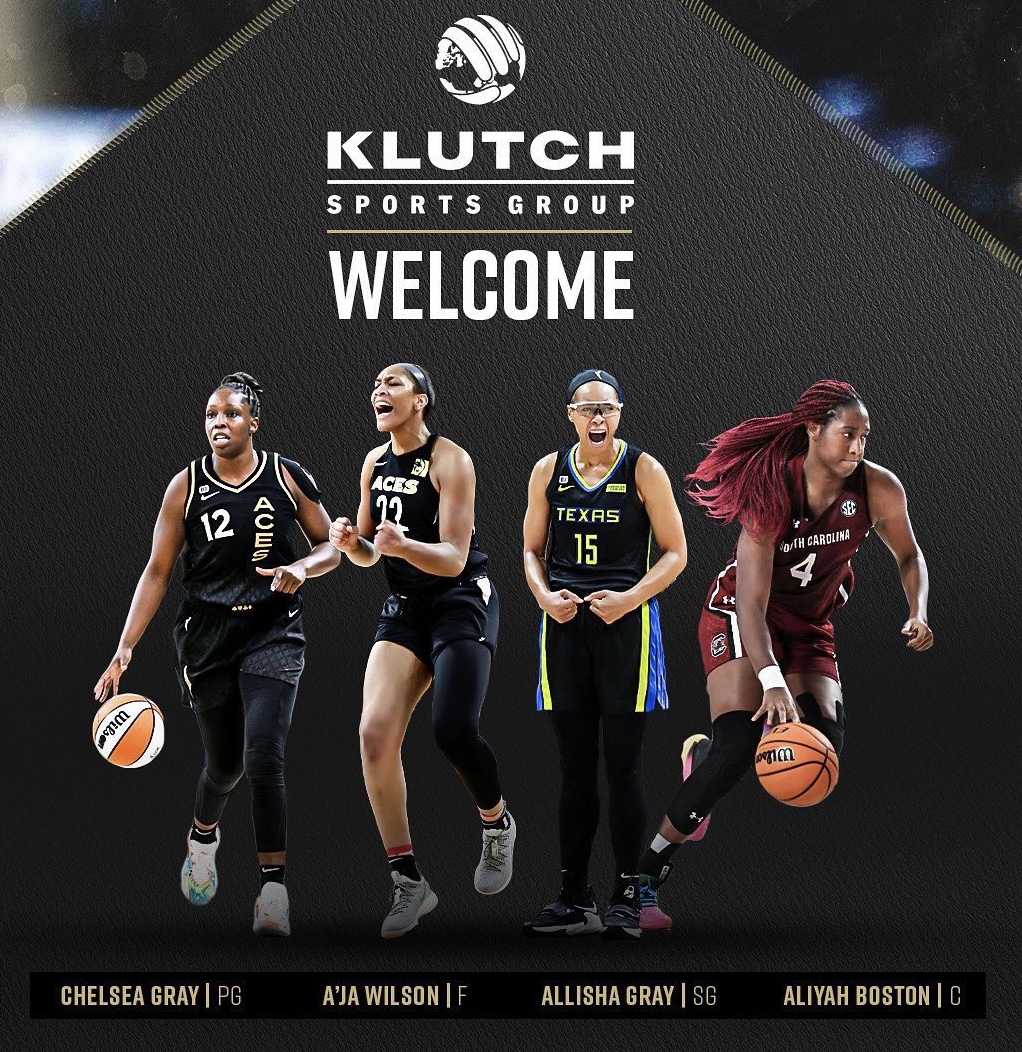 
“When I started this agency a decade ago, I envisioned KLUTCH playing a role in empowering all athletes. Women are some of the most electrifying and inspiring athletes in the world and KLUTCH is excited and honored to be a part of that story” said Rich Paul, KLUTCH Sports Group Founder and CEO.


KLUTCH Sports Group COO, Fara Leff said “Jade has made a significant impact in women’s basketball and is a great addition to our team as we embark on this new journey.”


Wilson, forward for the WNBA’s Las Vegas Aces, was selected first overall in the 2018 WNBA Draft and was later named 2018 WNBA Rookie of the Year.  Since then, she was named 2020 WNBA MVP, a three-time WNBA All-Star and earned an Olympic gold medal (2020 Tokyo).


A. Gray, guard for the Dallas Wings, was selected fourth overall in the 2017 WNBA Draft, coming off of a NCAA National Championship with the South Carolina Gamecocks.  Gray was named 2017 WNBA Rookie of the Year and represented the United States during the 2020 TokyoOlympics’ 3x3 women’s competition, winning a gold medal.


Boston, a center for the University of South Carolina, led the Gamecocks to two SEC Tournament championships, and one SEC regular season title. She won the Lisa Leslie Award as the best center in NCAA women's basketball two consecutive years (2020, 2021) and was the first sophomore ever to be named Academic All-American of the Year in D-I women's basketball (2021).

About KLUTCH Sports Group
Founded in 2012 by CEO Rich Paul, KLUTCH Sports Group is a premier agency representing some of the world’s biggest athletes across major professional sports. Minority-owned and women-led, KLUTCH’s unique, 360 approach helps clients at any stage of their career maximize opportunities across the rapidly changing entertainment, media, and business landscape, and provides strategic support in partnerships, branding, communications, social responsibility and more.

With proven expertise in the intersections of sports, entertainment, and culture, KLUTCH connects top teams, major leagues, and properties with global brands. In 2019 KLUTCH partnered with UTA, and in 2021 KLUTCH was recognized on TIME Magazine’s first-ever list of TIME100 Most Influential Companies.