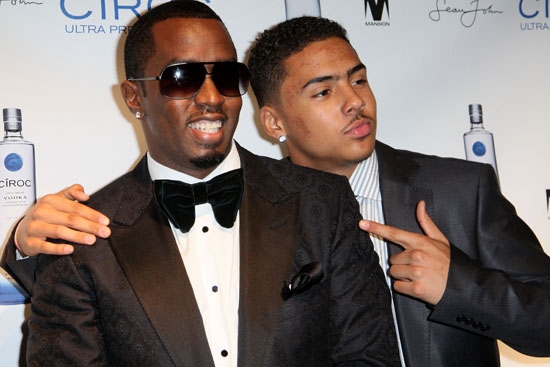 "The pilot put his hands on me": Diddy's Stepson, Quincy Gets Manhandled By JetBlue Pilot

Quincy, the son of the late Kim Porter and stepson of Diddy, is demanding answers after he says a JetBlue pilot got physical with him on a recent flight.

It’s not clear where the Brotherly Love star was traveling to, but he says the altercation started with his carry-on bag.

“The pilot put his hands on me. Why? Because my bag, which fits in my pocket damn near, they claimed it didn’t fit,” he says.

Quincy was already on the plane but says his assistant had his bag but was unable to bring it on.

“I let them know I need my bag. That’s not a bag to check it has my medication, my personal, my jewelry …it literally has everything my personal belongings.. nothing’s in my pocket.”

He then goes on to say the pilot handed him the bag before telling him to “get his “f*****g” diabetic medication out.

“He looks at me and says, ‘you’re not taking this bag on the plane.’ I say, ‘yes I am.’ He says, ‘no you’re not.’ Grabs me and drags me on the jet bridge,” Quincy recalls of the altercation.

After that, Quincy took his phone out to record.

“I never had a pilot put his hand on me,” he says.

In the latter part of the video, Quincy appears to show the aftermath of his claims. He’s heard saying, “you see we have a situation. The pilot gone [sic] grab me …crazy…. everybody was nice but the pilot.”

You can also hear the female flight attendant apologizing for what previously transpired before the video ends with her saying, “We can talk about this after.”

The artist identified the pilot as Todd Papesh, who has been with JetBlue for 18 years, according to his LinkedIn.