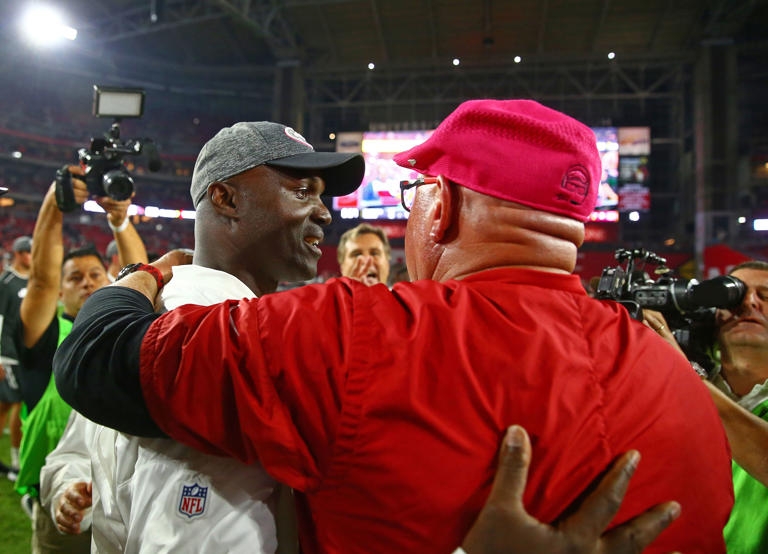 The Tampa Bay Buccaneers have been in the news an awful lot over the last couple months. From the infamous Antonio Brown sideline tantrum and subsequent stadium walkout during a game. To quarterback Tom Brady retiring for all of 44 days, only to return for year 23 in the NFL at age 44 (45 when the 2022 season begins). Now head coach Bruce Arians, who directed the team to a Super Bowl 55 win, their second as a franchise is retiring from coaching. Arians isn’t leaving the organization in it’s entirety, as he’s set to assume a front office role with the team. Succeeding him as head coach is his defensive coordinator Todd Bowles.

Arians talked about having succession plans in place after his announcement …

“Succession has always been huge for me. With the organization in probably the best shape it’s been in it’s history, with Tom Brady coming back .. I’d rather see Todd in position to be successful and not have to take some crappy job. I’m probably retiring next year anyway, in February. So, I control the narrative right now. I don’t control it next February because if Brady gets hurt, we go 10-7, and it’s an open interview for the job … I got 31 coaches and their families that depend on me. My wife is big on not letting them families down.”

With the surprising move Buccaneers defensive coordinator Todd Bowles gets another shot at leading a franchise. Bowles was the head coach of the dysfunctional New York Jets for four seasons (2015-18), posting an unimpressive (24-40) record. But with all the hurdles to try and have success in a place like that, having a record like that isn’t all that shocking. Bowles is a man of high character and integrity, he’s also recognized as one of the brightest defensive minds in the league. He was deserving of another shot to lead a franchise, that seemed like it wasn’t gonna come via the coaching carousel. In fact, he and offensive coordinator Byron Leftwich interviewed for multiple jobs this offseason to no avail.

Bowles designed a scheme which held the dynamic Kansas City Chiefs to just three field goals in a (31-9) drubbing in Super Bowl 54.

Bowles joins Mike Tomlin (Steelers) and Lovie Smith (Texans) as the only melanated coaches in the league, roughly (11%).