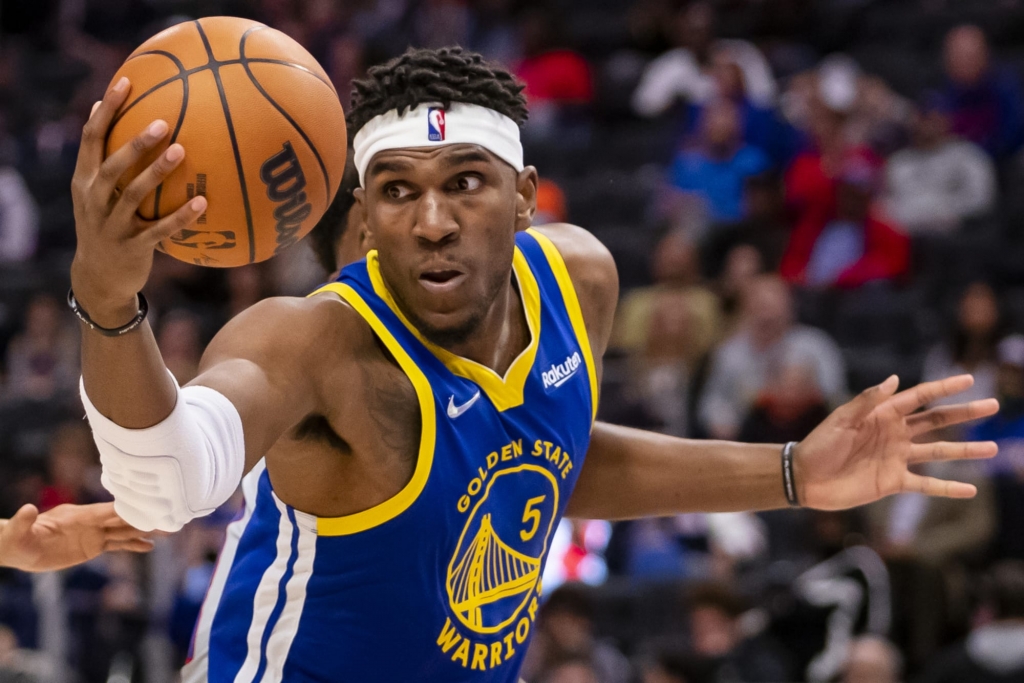 The Golden State Warriors entered the 2021-22 expecting 2020 No.2 overall pick James Wiseman to be the man in the middle of their diverse, multidimensional attack on both ends of the floor. But a nagging knee injury, followed by a couple setbacks didn’t allow that to happen. Instead the Warriors have played a lot of small ball with Draymond Green at center when healthy, but against the bigger frontlines Kerr has turned to the savvy veteran Kevon Looney aka “Loon.” While Looney may be unassuming in his approach, he’s someone that the Warriors trust on both ends to be in the right place and give maximum effort.

His effect has really been in the Dubs last three playoff games. In those games the former UCLA Bruin has averaged 12 points and 13 rebounds, including a 22 rebound effort in a closeout game against the Grizzlies and a 21 point and 12 rebound performance in a 19-point come from behind victory over the Mavs in Game 2 of the WCF. For his efforts his head coach and eight-time NBA champion Steve Kerr has been singing his praises. Here’s what he said after that Game 2 masterpiece.

Loon, (Looney) was just brilliant, again. He’s had a fantastic playoff run. He’s incredibly underrated by everybody. He switches on the guards. He rebounds. He sets screens. In a series like this that’s so spread out, he’s able to score some points in the paint as well.“

Looney Has Been A Savior For The Warriors:

The Warriors drafted Wiseman believing they’d solved their interior presence issue. And with his ceiling they may have, but he’s been unavailable more often than not, and Looney has filled that role admirably. He sets screens, he rebounds and he knows where to find the open spot when teams double Steph Curry or swarm Klay Thompson and Jordan Poole. He also understands how to roll to the rim and get easy layups and putbacks off of misses. His savvy and guile really takes pressure off of Draymond on the defensive end.

Earlier in the season when the Warriors were the top defensive team in the league, it was the duo of Green and Looney and their ability to switch onto guards that played a pivotal role in that. Injuries to key guys like Green hurt their defensive rating, but they seem to be gelling on the end of the court here in the playoffs.

Fans Were Chanting MVP During Game 2:

The MVP chants which are usually serenaded through Chase Center are former two-time MVP Steph Curry, were being shouted at Loon in unison during Game 2. The quiet, hardworking and tad unassuming Looney, was shocked but took it all in stride.

It’s Looney’s versatility that really makes the Warriors a complete team on both ends, and while he isn’t asked to score much, he understands his role. He talked about playing center for GS, and how it differs.

“Playing center for the Warriors, it’s a different type of job from other teams. A lot of the scoring and stuff, they really don’t need us to do. It’s a lot of screen setting and a lot of playmaking and doing different things. For me to have a game like this is cool.”

While Loon has been good at home, the Warriors will need him to take that same effort to Dallas for Games 3 and 4.