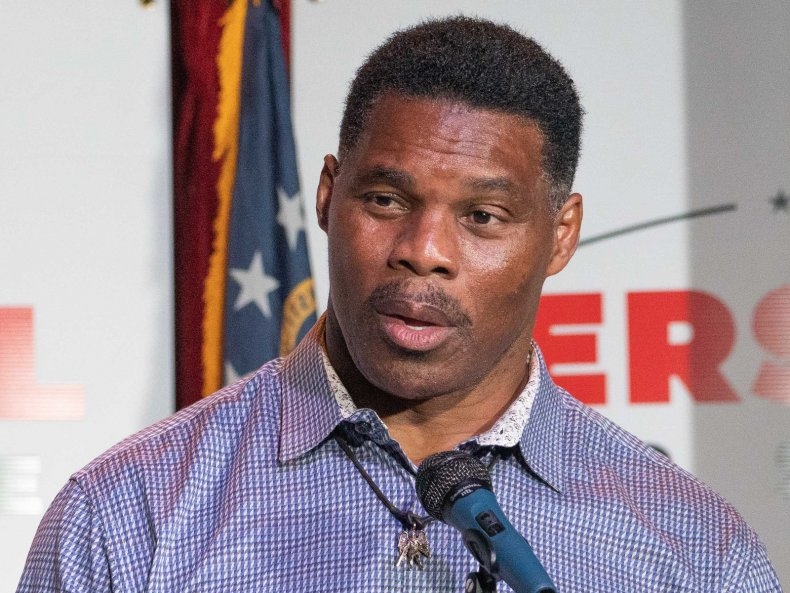 Did Herschel Walker Father Two Other Children That Are Now Being Revealed?

Herschel Walker was a great football player, one who until this year led the Georgia Bulldogs to their last national championship in 1980. The 1982 Heisman Trophy winner would go onto NFL glory starring for the Dallas Cowboys, Minnesota Vikings, Philadelphia Eagles and New York Giants. The two-time All-Pro, turned in his cleats for suits and politics, and now he’s running for a senate seat in Georgia. Walker will run against incumbent Democratic Senator Raphael Warnock. But with that announcement comes scrutiny and things about your life that you may not have wanted people to know.

For Walker who’s known for speaking of two children, the former football star recently mentioned another son (10 years old and daughter (in her 20s). Walker has talked at length about his 22-year-old son Christian and a 13-year-old son he fathered, but never anything about the other two until now.

In an interview with New York Times, Walker had this to say about the newfound information.

“I have four children. Three sons and a daughter. They’re not ‘undisclosed,’ they’re my kids. I support them all and love them all. I’ve never denied my children.”

Saying I hide my children, because I don’t discuss them with reporters to win a campaign? That’s outrageous. I can take the heat, that’s politics — but leave my kids alone.”

Walker, has a laundry list of fabrications on his resume as it pertains to him seeking political office. Walker falsely claimed to have graduated college which he didn’t, and even said he did so in the top one percent of his class. The former Georgia star also said he once worked for the FBI located in Quantico, VA, a suburb of nearby Washington D.C. But he’s still the native son because of what he did for the state on the gridiron, and that right there is enough for many to turn a blind eye and allow him to possibly become a state Senator.

Is Walker A Hypocrite? Made Comments Made About Fatherless Black Households

In a September 2020 interview Walker called himself speaking on behalf of fatherless households and even apologized for them.

“I want to apologize to the African-American community, because the fatherless home is a major, major problem.”

In a December 2019 interview with Diamond and Clark, the controversial Walker made the claim that he believed men needed to go into the African-American neighborhoods, and as he put it become “fathers to those fatherless,” children who reside in those particular domains.

This makes Walker look like a hypocrite, with two brand new children appearing after seeing him only talk about having two for years. It looks like another one of the many fabrications and half-truths told by the former football star turned politician.

And while we don’t know the extent of his relationship with the two newly revealed children, that’s even more reason he has no place to make comments about the fathers in the African-American community.

Walker Was A Stalwart On The Gridiron:

Walker was a star on the gridiron, leading the Bulldogs to the aforementioned 1980 national title, and winning the Heisman in 1982. He played a couple seasons in the USFL after college, before joining the Cowboys. Walker played 13 NFL seasons, rushing for 8,225 yards and 61 touchdowns. He had 512 receptions for 4,859 yards. Plus he returned 215 kicks for 5,084 yards and two more touchdowns, bringing his career total yardage to 18,168 all-purpose yards.

In an August interview with Pioneer Press, Walker said this about his career.

“If you look at my stats, I should be in the Hall of Fame. My stats show that I produced.”