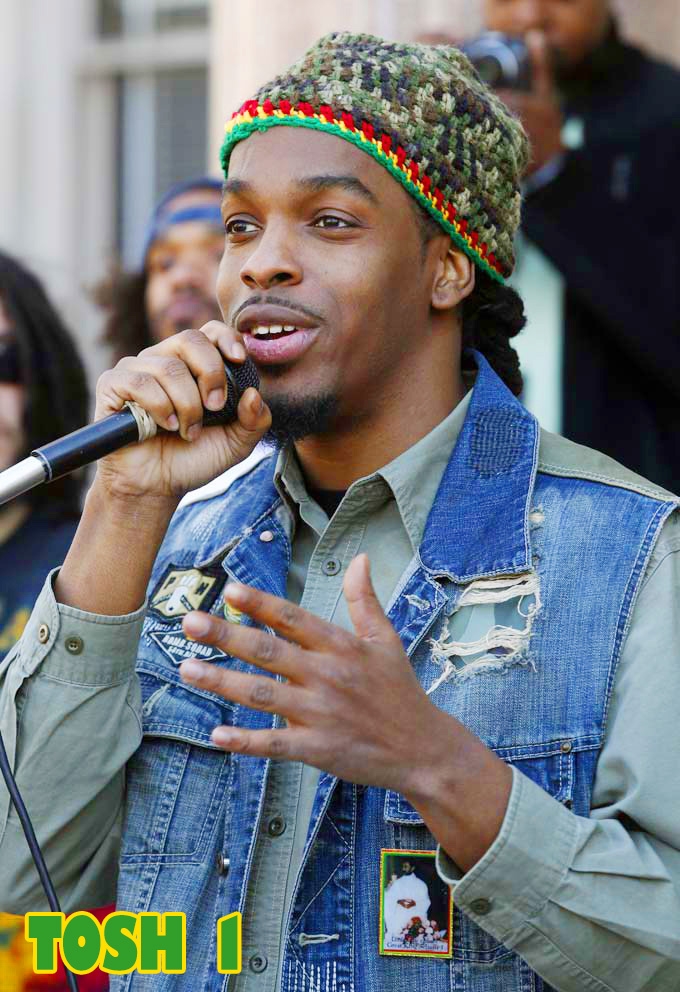 HOME AT LAST! – PETER TOSH’S SON LEAVES HOSPITAL AFTER ONE AND A HALF YEARS

The family of the late reggae great Peter Tosh has much to celebrate this month. Apart from it being the birthday of the family patriarch, last Thursday, the family welcomed home his youngest son who had been in the hospital for one and a half years.

Jawara McIntosh, 38, had been hospitalised following a violent attack while he was serving a six-month sentence for cannabis-related charges in the Bergen County Jail in New Jersey.

When his family visited him following the attack, he was barely conscious, having sustained brain injuries. Speaking with our sources, his sister, Niambe, said the family is hopeful for a full recovery, with him now released into their care.

She explained that he was not in a vegetative state, though he was unable to do things for himself. “He was constantly in and out of consciousness. Our family has seen his body in the intensive care unit just fighting for stable vital signs, especially over the first few months following the incident.”

She continued; “It has been an extremely long journey, and with him having the brain injury, it’s been a slow and steady process. He has been showing and taking steps to be able to communicate, but he still isn’t able to do stuff with intent.”

The McIntosh family had a small, intimate celebration while getting him medically situated at their home in Boston, where Niambe said her relatives, including their mother, her daughter and Jawara’s four children, were present.

“He’s not speaking as much as we would have hoped, but he is starting to verbalise things and making a break to communicate,” she said.

She described her brother as “a man of strong faith” as she explained how determined he is to get better. He has sporadically showed signs of improvement. Last month, the family finally decided that it was time to take his care into their own hands.

Niambe said that with their father having been a firm believer in the use of herbal remedies, they intend to take the natural way to bring Jawara back to health.

“When you’ve been on this journey like my family has, you see the progress and spirit he has to continue the fight to get better. So we stay positive, and we are looking to work together to bring him back to health,” she said. “We tried to push for as much medical support as possible, but our spirit tells us it is just for us to help him transition from the hospital settling into the home, and give him the support that he needs.”

The family has long and patiently fought for justice for Jawara. The original case in which he was arrested was dropped earlier this year on his birthday, February 8. His attacker was subsequently charged, convicted and sentenced to 10 years for the incident.

Before his legal troubles, he had followed in his father’s footsteps as a follower of the Rastafarian movement and an advocate for the legalisation of cannabis. Now that the case is over, Niambe says the family is moving forward with a civil suit for her brother’s injuries.

“His injury was never supposed to happen – all over cannabis – which is an even more disappointing situation, so we continue to fight for justice for him. It is definitely refreshing to have my brother home, and more significantly, his children were happy to see him out of the hospital.”
courtesy of  midwestreggae.com