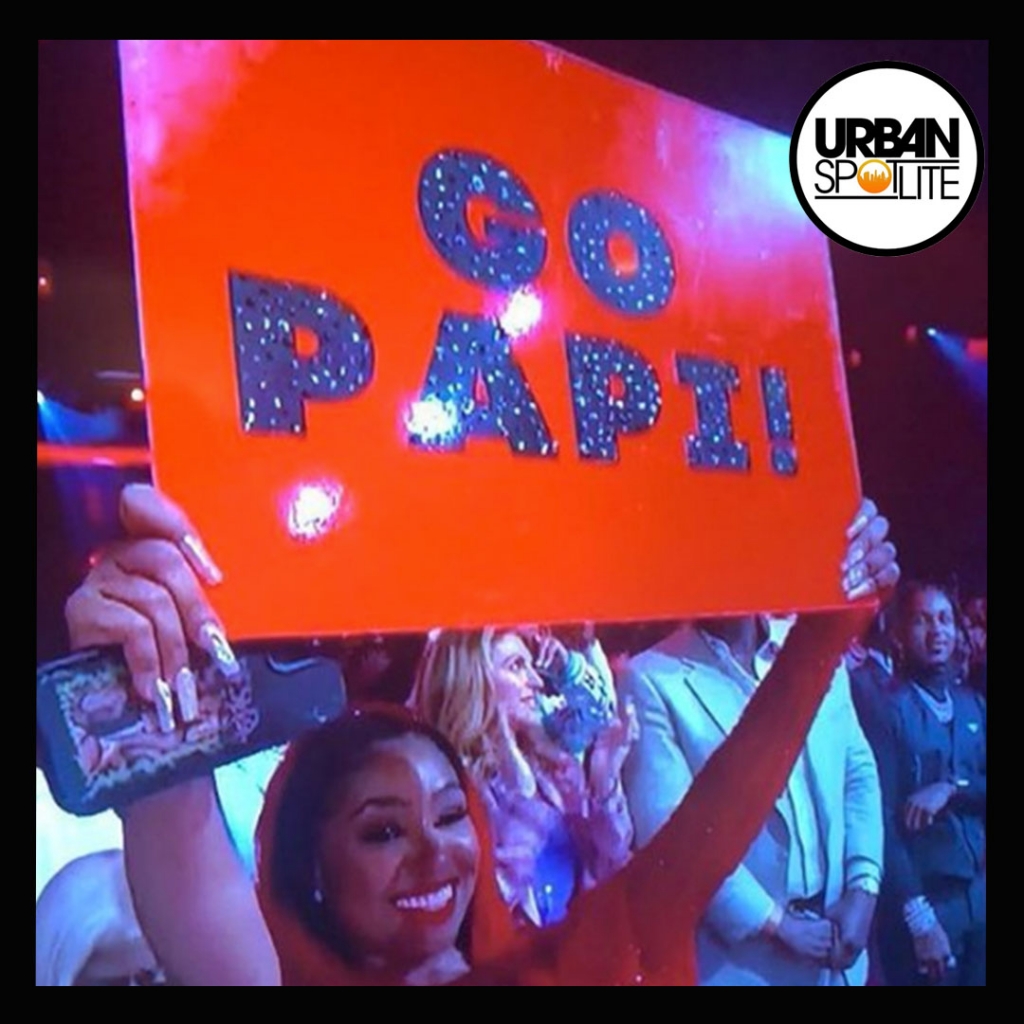 So as Diddy thanked his exes, dead people (respectfully), and everyone under the sun, he had one person who seemed to be "cheering" for him and letting him know she was rooting for him at the BET awards.

This was Yung Miami. She was going all out for his attention as he ignored her. He was caught in the moment and jumped up ad down in excitement.

Diddy is musical greatness embodied in a person. He's not perfect, but he brought you the likes of Biggie, Faith, 112, Black Rob, Cassie, had Kanye West in his production camp under the Mad Rapper's tutoring, Jodeci affiliations, Andre Harrel affiliations, Heavy D, and the list continues. He deserved the lifetime achievement award but JT (who is Yung Miami's rapping partner) was telling her to chill out and save face.

Instead, she followed her heart and now Diddy took his time to finally thank her his way.

He wrote on his Instagram "This is one of the sweetest things anyone’s ever done for me! Thank you Shawty Wop! " They are just starting to get to know each other I'm sure it hasn't been a full year, so guys, relax.
Tags:  DIDDY