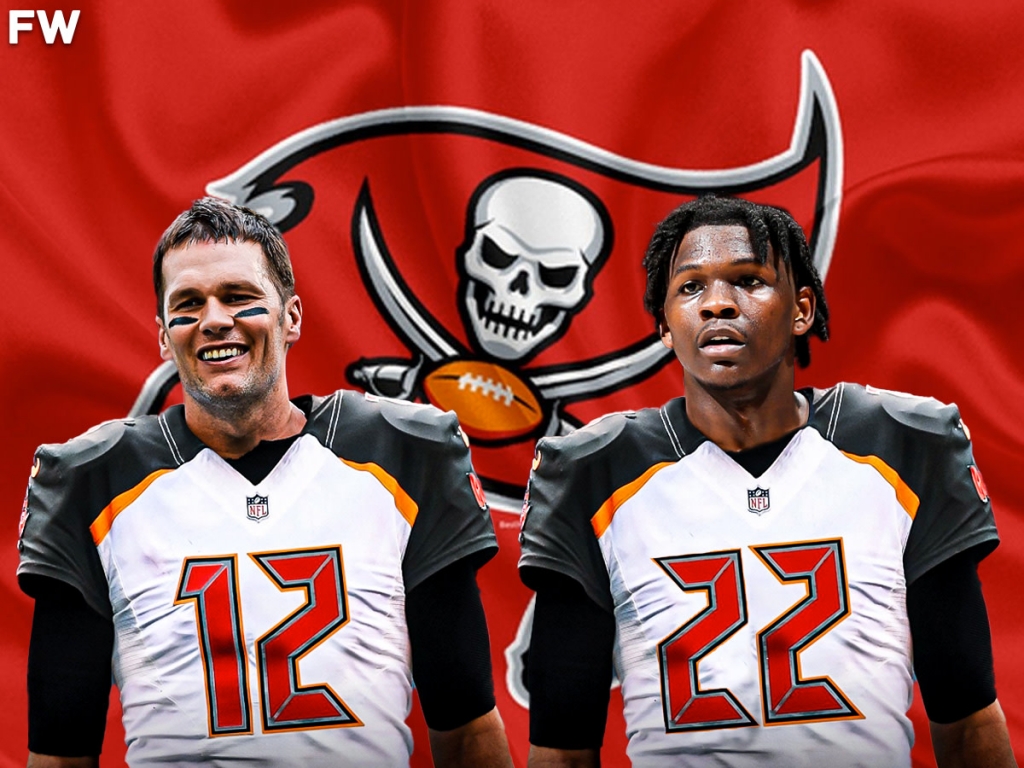 Tom Brady has a way of blending in, the GOAT of NFL quarterbacks has always been able to adapt to his teammates in a way most players just can’t. But in this instance, Brady wasn’t talking to a teammate when he commented on a video he saw online. The video happened to be Minnesota Timberwolves star and 2020 NBA No. 1 overall pick Anthony Edwards launching bombs on the gridiron to his friends as they battled one-on-one. Edwards showed a strong and pretty accurate arm in the video and it got Brady tweeting.

The chatty, Edwards had this to say after completing a tough over-the-shoulder throw to his buddy.

“Don’t I look like something?” What y’all think? I got a profession in this bleep of what?  Pay me!”

“Ant I know the money is good but you’re playing the wrong sport bro!”

Could Ant Play In The NFL?

In a league that’s always looking for it’s next matchup nightmare, Edwards would be a welcomed sight. At 6-foot-5 and 225 pounds, Edwards could play that new hybrid wide receiver/tight end role. Sort of like we saw Hall of Famer Tony Gonzalez and future HOFer Antonio Gates play. Both were primarily basketball players prior to taking on the game of football in which they became two of the five best to ever play the position.

In fact, Edwards does have a background in football as he played most of his childhood. He was the star running back for the Atlanta Vikings a well-respected Pop Warner program located in Atlanta, GA.

But Edwards is pretty dynamic on that hardwood and his body will definitely hold up a lot longer in the NBA than NFL.

Edwards Was Great In 2021 Season: Led T-Wolves To Playoffs

During the 2021-22 season the T-Wolves experiences success not seen much since Kevin Garnett and Wally Szczerbiak roamed the “Twin Cities.” Edwards averaged 20.3 points, 4.7 rebounds and 3.9 assists per game. He showed a grit and toughness that should bode well for the franchise going forward.

Behind Edwards and teammate KAT the Wolves clinched the seventh seed, losing a tough six game series to the second-seeded Memphis Grizzlies.

After seeing the money being shelled out at the beginning of free agency on Thursday, including his teammate Karl-Anthony Towns backing up the Brinks truck (4-years, $211M) extension. And with all that money being guaranteed, I doubt Edwards is considering a career change. Although he’d probably be successful to an extent, football ain’t basketball.