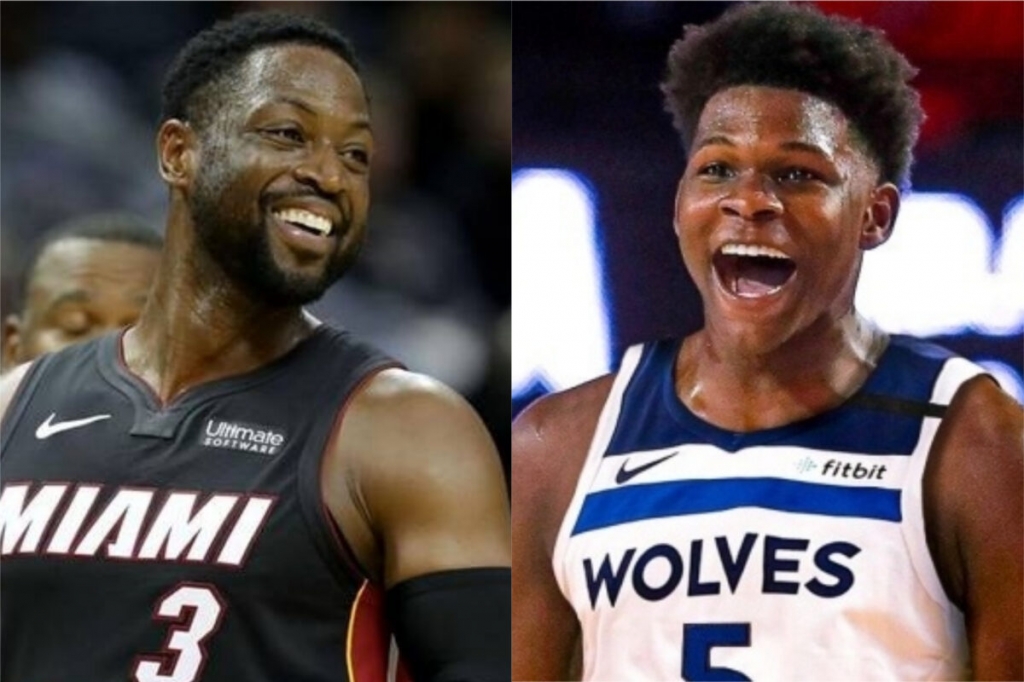 The Minnesota Timberwolves used the 2020 NBA Draft No.1 overall pick on a young, spry and supremely athletic 19-year-old from Georgia. That specimen is none other than Anthony Edwards, the rising star who just led the “Twin Cities,” franchise to a seventh seed and a playoff berth. “AntMan” as he’s affectionately known even has some believers of his talent, including Warriors star Andre Iguodala and future Pro Basketball Hall of Famer Dwayne Wade.

On a recent episode of his “Point Forward” podcast with former NBA player Evan Turner, Iggy detailed his reasoning for the strong comments.

“When I saw this guy he went in and out, he turned the corner so fast, I said, Oh my god, it took like a half-second for me. I think he has more talent than Dwayne Wade.”

“He has more talent than Dwayne Wade now will he fulfill his talent, that remains to be seen… Anthony Edwards yeah man he got it man, no he got it.”

That’s high praise from Iguodala who’s recognized as one of the league’s best defenders of his generation. And also one of the best two-way players earlier in his career.

Prior to being drafted Edwards has long been compared to dynamic two-way, Wade. In February 2021, Edwards even tweeted that he watches alot of DWade film, and how he run the pick-and-roll.

A few days later, Dwayne Wade even retweeted Ant’s statement, thanked him and gave his thoughts on it.

“It’s an honor to be looked up too by the next generation of athletes. We all have had “that” guy that made us wanna mimic them and we all dream of one day becoming better than “that” guy. I would love to see Ant-Man set a bar higher than I have!”

Edwards Showed Up In Year Two:

While, Edwards was very good as a rookie, averaging 19.3 points, 4.7 rebounds. 3.0 assists he didn’t win Rookie of the Year, that honor although questionable to some went to Charlotte Hornets star LaMelo Ball. But in year two Edwards raised his play and his team’s play, his points per game jumped to 21.3, and is shooting percentage increased from 41 to 45. He even averaged a full assist more per game. If the league kept stats on hockey assists, Edwards would’ve been in the top five in the league.

The T-Wolves feasted on teams sending double teams to Edwards, who showed some real growth in recognizing when to move the basketball, creating open shots for teammates. His play was a huge linchpin in the playoff run the team had, culminating in a tough hard fought six game series loss. One in which the Wolves had double-digit leads in five of the six games.

It’s no question Ant-Man is talented and has what it takes to be better than Wade, but let’s let him mature a bit more and win a lot more before we begin those comparisons. Because Dwayne Wade is an all-time great and that isn’t easily matched.