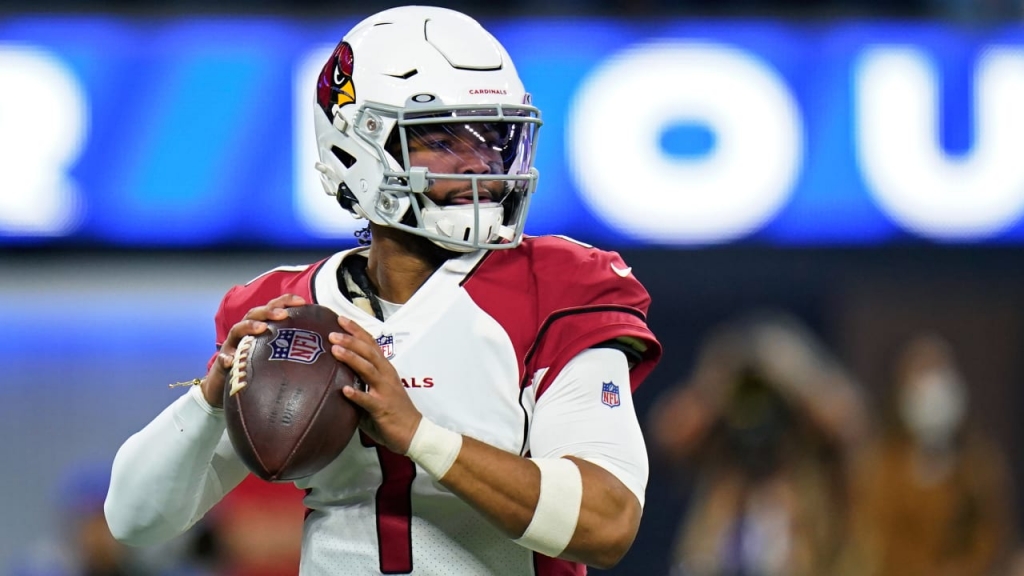 In arguably one of the most interesting NFL offseasons on quite some time, a few names have been front and center. One of those names is Arizona Cardinals star quarterback Kyler Murray, the 2019 NFL Rookie of the Year, has let it be known he wants a contract extension with two years left on his deal. Things got so messy at one point during the offseason, Murray had his agent send a letter to the team about his want for an extension after the 2018 Heisman Trophy winner wiped his social media account of all things Cardinals. While that request hasn’t been resolved the belief is it will be prior to the upcoming season.

But the messiness doesn’t stop there if you let Murray’s former hairstylist tell it. During a recent appearance on the “Marty Ice,” podcast, the hairstylist who goes by the name Swanny, detailed her first encounter with Murray during a session, and the strange request she received via a phone call following the session.

“One day he calls me and he’s like Hey Swanny, when you come on Thursday, can you wear pants? I don’t want to wear pants. I want to wear what I wear, why the bleep do I have to wear pants, and if you can’t control your eyes that’s one thing, and if your girlfriend’s insecure that’s her problem. I’m 29 years old, your 22? I’m a mom of 4, I work out every day, I service you whenever you want… and you want me to wear pants? You could bleep off.”

Murray asked Swanny not to tell anyone, but as she stated, there was no NDA signed so she can speak on it if she chooses. It’s obvious Murray didn’t want this to get back to his teammates. She goes on to say Murray is very entitled and she’s a strong black woman, so that made for some rocky moments.

Did Murray Make Reference That Black Women Are Messy?

Swanny, interviewed detailed Murray making reference to “The Shade Room,”a gossip site run by Black  women, and how they can be messy. Being a strong, outspoken Black woman, Swanny told Murray “hey I’m a Black woman, calm yourself.” Gossip sites are messy, that’s the objective to attract the viewer, but for Murray to single out Black women didn’t sit well with his hairstylist.

Murray’s mom is of Korean-American descent, so that may or may not play a role in how he views Black women. No matter what it wasn’t a good look to call them out to another Black woman who just so happens to be grooming your hair.

Murray Has Had Interesting Offseason:

Following the Cardinals blowout playoff loss at the hands of the eventual Super Bowl champions Los Angeles Rams, questions about Murray as the long term starter began to fester. That was your typical Monday Morning Quarterback overreaction, as Murray has been very solid as the franchise QB in “The Valley of the Sun.” Murray came into this offseason believing he’d get the bag. But with two years remaining on his rookie deal, Cardinals brass hasn’t been in a hurry to sign him to that lucrative long term deal he craves. That has brought up some tense and awkward moments between, Murray, his agent Erik Burkhardt and the Cardinals brass.

While Murray hasn’t been a part of the team’s offseason program, to avoid beinf fined he did show up for mandatory minicamp in June.

Per reports the two sides are edging closer to a deal, that will make the diminutive dynamo the highest-paid player in franchise history.