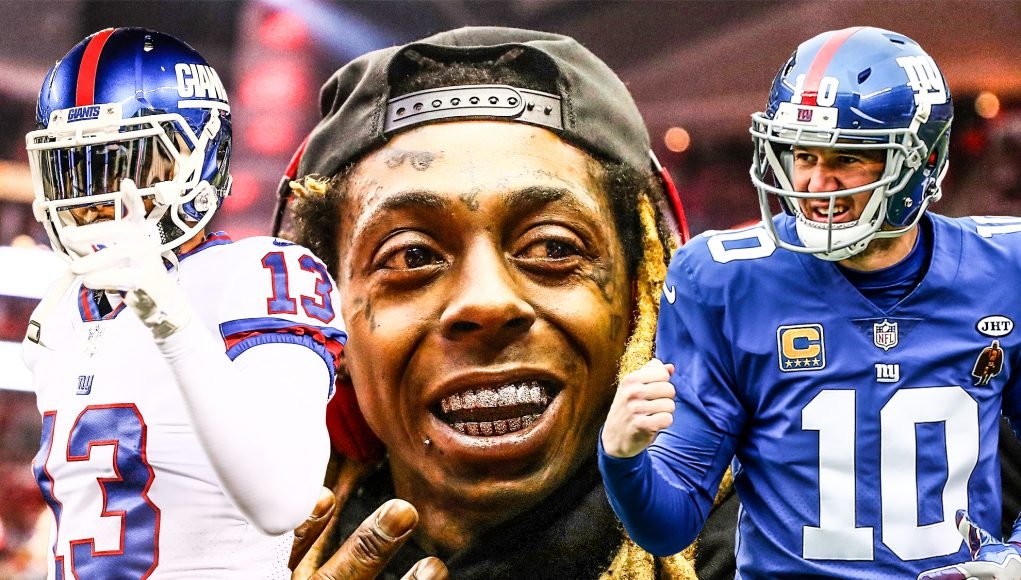 This past Sunday, ESPN decided to get into the rap business when football reporter Josina Anderson hosted a controversial interview with New York Giants wide receiver Odell Beckham, who was flanked by rap superstar Lil’ Wayne. Beckham Jr. has been beefing about the lack of production by the Giants offense and has been critical of quarterback Eli Manning, who Beckham feels is not giving him his opportunity to shine.

While Beckham talked, Tunechi just layed in the cut with no real purpose, but of course his presence is all that the Twittersphere talked about.

Some sports mouths took it upon themselves to criticize Wayne for being there and ESPN’s Frank Isola reportedly stated there was no point of Wayne being in an interview. Then Eli Manning hopped in the cipher and spit a quick 16, saying  "I don't watch Lil Wayne that much."

It was on at that point.

On Tuesday, the rapper clapped back by posting a series of videos on Instagram in which he chops it up about the comments swirling around the interview, particularly made by Isola and Manning, while blazing an L.

The situation got even stranger when Isola shot back with a sarcastic Tweet, basically clowning Lil Wayne for even commenting on what he said.

So now we have an NFL-Rap beef between Eli Manning, who probably never recited a rap lyric in his life, Frank Isola, who reminds you of the white boy that talked sports at the lunch table and played the Tuba in the high school band and one of the legends of the hip-hop game who just dropped his first album in half a decade.

And sitting in the middle of the controversy is OBJ who always seems to find his name in the headlines. The Giants, who are in last place in the NFC East and struggling at 1-4 , are trying to make light of the drama as they played some of Wayne’s new joints during  practice on Tuesday.

Stay tuned for how this latest internet beef cooks.