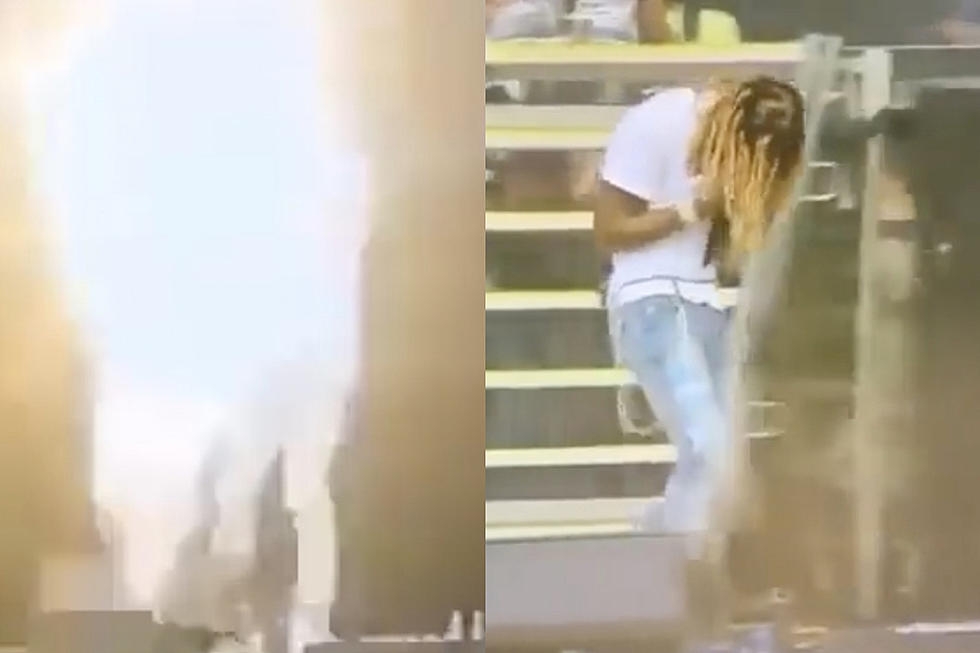 Rapper Lil Durk  has announced he’s taking a break from touring to focus on his health after being hit by an explosive pyrotechnic during his set at Lollapalooza on Saturday.

The rapper was in the middle of performing his 2020 hit “Back In Blood,” when he accidentally walked into two on-stage pyrotechnic smoke flares.

Videos on social media show Durk stumbling and wiping his eyes with his shirt after the frightening incident.

Stage crew quickly ran to his aid as someone on the microphone was heard saying, “Woah, woah, you alright, bro? [The smoke] shot straight up.”

Without leaving the stage, Durk took a few moments to compose himself and eventually continued with the rest of his performance. That was some G sh*t for real