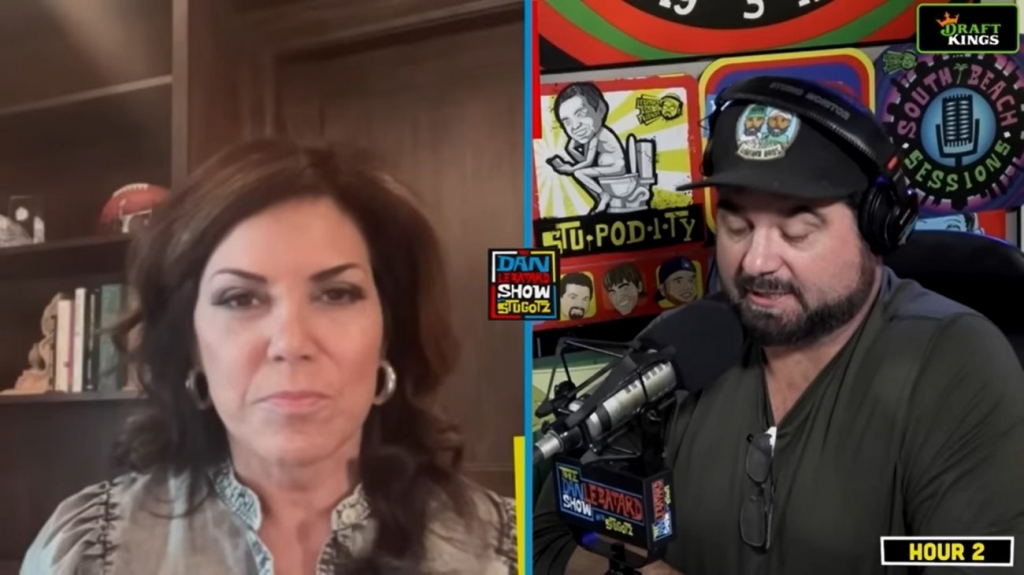 If I Had Some Do-Overs There, I Would Do It Over | Dan Le Batard Says He Regrets Interview With Michele TaFoya

Dan Le Batard was always outspoken and at times his method of reporting was considered questionable. Guess that’s why his syndicated show on ESPN was named “Highly Questionable.” Even away from ESPN studios Le Batard seems to have taken that same approach. That style was never more evident of obvious than a recent interview he did with veteran NFL sideline reporter Michele Tafoya. From the interview’s onset Le Batard came out firing, piggybacking off some remarks Tafoya made during her appearance on the ABC talk show “The View.” Tafoya’s conservative views were taken to task by Le Batard and the interview went completely left really quickly.

He even referred to her political beliefs as the “dark side” upon introduction, creating an even more awkward setting. But now Le Batard is saying he regrets how the interview went and his intent was never to “ambush,” his former ESPN co-worker. During a recent appearance on the “House of Strauss” podcast, Le Batard delved into the topic at length.

“If I had some do-overs, I would do it over, and I’m not sure I would even have run it given what the fallout was. Because we just went in circles. It was just combative. I didn’t think it was a good look for anybody.”

Following the interview, Tafoya was quick to let it be known how she felt.

After feeling she was attacked from the onset, Tafoya joined Fox News to discuss how she felt both “ambushed and attacked.” She mentioned how he called her a racist amongst other things, and if she could’ve foreseen that happening she never would’ve accepted the request to be on the show with him.

“The second I got on, I was ambushed with You’re anti-CRT. You’re a racist. You can’t read the Florida law without it being homophobic.

Tafoya reiterated being ambushed over and over again.

“I was absolutely ambushed.”

Le Batard Rebuttals Her Claim: Not His Intent

Le Batard is still sticking to his guns that it was never his “intent” to make her feel that way.

“I don’t gain anything from how that played out. I don’t want clicks gratuitously. I’m not in the cheapened clicks business. I really went into that conversation with Michele Tafoya hoping that the conversation would be, Hey this was somebody I had a friendly, cordial relationship with. Let’s see if we make some are here reconnecting after 15 years. Not combative, just art, just catching up, because the bridge can be traversed by people who know each other a little bit. And then it went off the rails from the start.

“She thought she was ambushed, but I’m not an ambusher. I didn’t intend to ambush her. It just went off the rails immediately because my introduction was awkward. She felt like she had been lied to, but I really went into that interview hoping to talk about her career.”

If that was really Le Batard’s intent he goofed from the jump. While some of Tafoya’s comments were insensitive, Le Batard seemed to have no desire to discuss her lengthy career by the way he introduced her. He was out for blood from the jump, and now that he’s receiving backlash he’s trying to clean up his mess.

Tafoya spoke on a bevy on topics during her appearance on “The View.” Two things that stood out was her saying removing confederate statues would in her words “whitewash,” history. She also had a back and forth with host Whoopi Goldberg when she attempted to educate her on race.

Le Batard should’ve just let Tafoya go off into the sunset if he felt he couldn’t do an interview without it leading to that. Instead he made himself look like a bully.