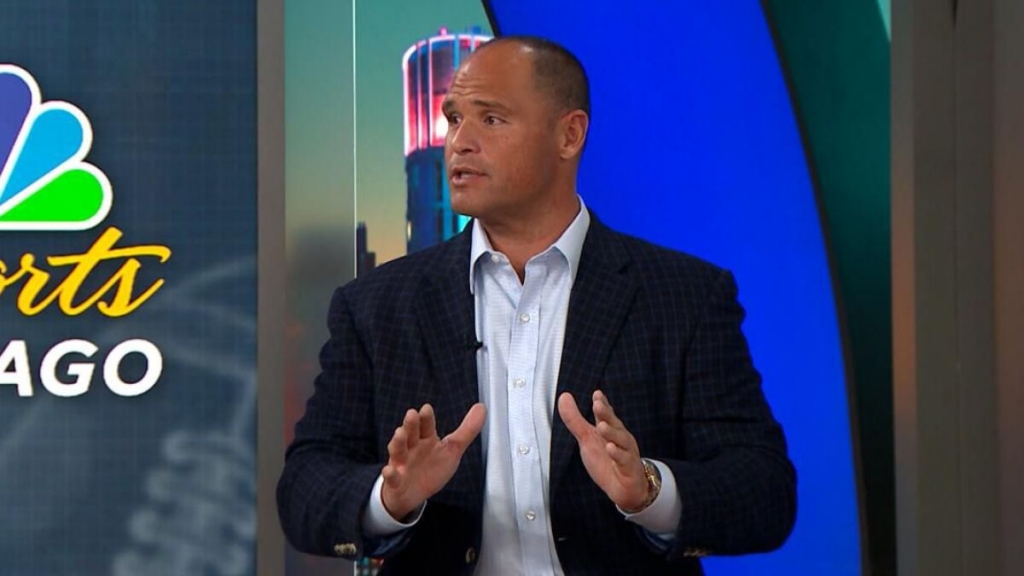 The Chicago Bears are a franchise in rebuild right now, but one thing the city embodies is toughness. That’s why they’ve long been dubbed the “Monsters of the Midway,” for their brute and physical style of play. In fact, outside of maybe Pro Football Hall of Famers Dick Butkus and Mike Singletary, no one embodied that moniker more than former All-Pro center Olin Kreutz. The former Washington Huskies star started 187 of 195 career games and was the heart and soul of the Bears team.

While Kreutz retired in 2011 after one season with the Saints, in 2015 he went into sports media/broadcasting and eventually landed at WSCR 670 the Score Bears post game show. In 2019 he joined NBC Sports Chicago, and in 2022 he joined a sports-media startup called CHGO. Kreutz was added to both for his top notch analyses on the Bears. His time with CHGOd didn’t last long as in May, Kreutz choked his co-host Adam Hoge, following a remark he didn’t care for. Kreutz was fired from CHGO a sports-media startup, and until recently he didn’t know his fate at NBC Sports Chicago. Well that’s been determined, and he’s now out of two jobs.

In Kreutz’s first public remarks since the incident here’s what he had to say to the Chicago Sun-Times.

Kreutz didn’t help matters with his tweet following his firing at CHGO, and that probably  played a role in his not being retained at NBC Sports Chicago.

Kreutz Clairifies CHGO Firing: Says He Left As Time Was Up

While Kreutz mentions that he reached  to Hoge privately, he also made the disclaimer that he wasn’t fired buy left on his own. He says that when rumors surfaced about his impending fate, that he’d already made the decision to leave as he deemed some things to be “unprofessional” at CHGO.

“I know they came out and said they fired me, but …. that was my decision. And like I told my kids, you do something like that, you pay the penalty. You take the punishment and then you try to become a better person and try to learn from every situation.

Hoge reportedly was okay with continuing the show, but Kreutz declined.

Kreutz Is No Stranger To Controversy:

Choking his co-host wasn’t the first time Kreutz physically put his hands on someone not on the gridiron. While at Washington he punched teammate Sekou Wiggs his jaw. That former player never regained his starting position at for the Huskies. While with the Bears, Kreutz got into it with fellow offensive lineman and also broke his jaw during a scuffle.

It’s safe to Kreutz isn’t one to messed with, but that has now cost him two jobs and will make it difficult for anyone else to wanna take that risk with his track record.